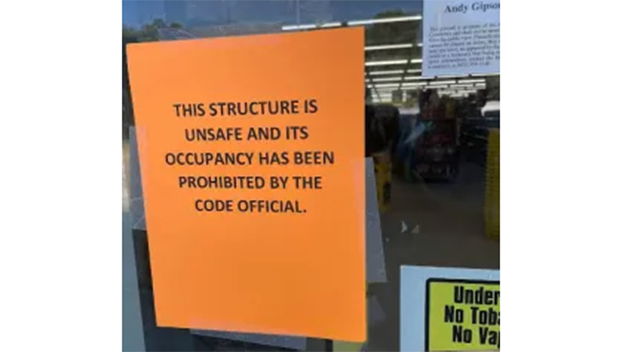 The City of Batesville Code Office ordered the closure of the Dollar General store on Highway 6 Thursday afternoon, citing a recommendation by the Fire Department after an inspection.

“The Code Office along with the Fire Inspector made the closure for life safety concerns,” a statement said. “They have no safe means of egress out of the store and emergency exits are blocked. The store will be allowed to reopen after a satisfactory inspection by the Fire Inspector.”

Reports said the inspection revealed boxes of merchandise and other stock items stacked high throughout the store and blocking several aisles.

“Unfortunately this was a situation that was not safe for the public and this action was taken by the city” said Mayor Hal Ferrell.

Two other Dollar General stores have been built in Batesville in the last year, and another is planned.