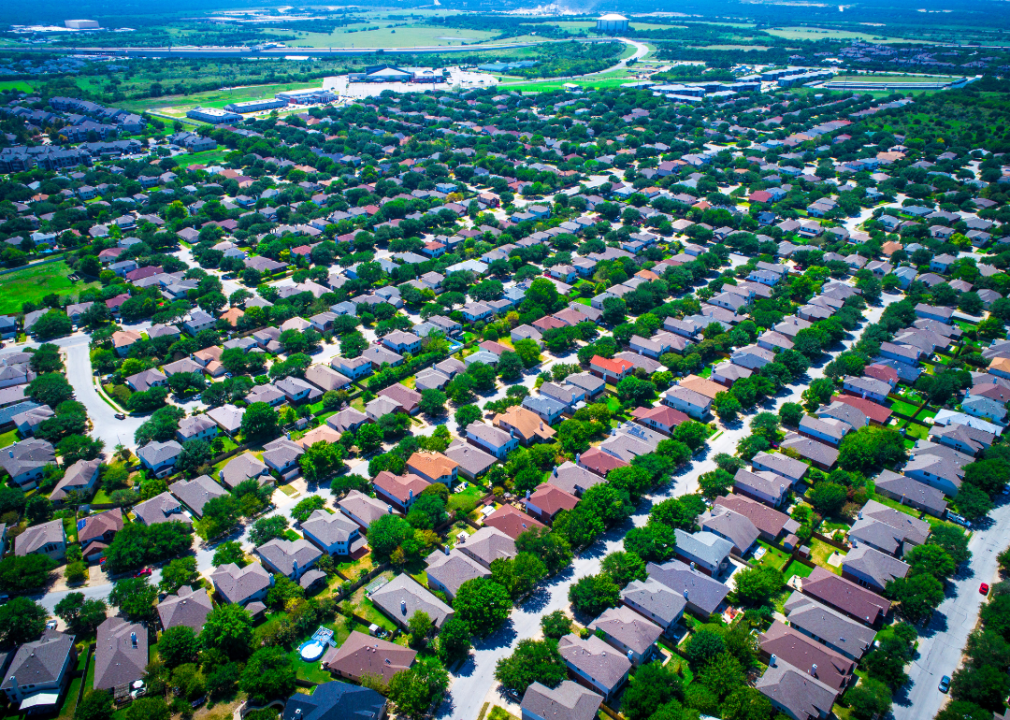 The age of local housing stock impacts real estate prices, and a home’s age can play an important factor in its worth. Older homes may be more affordable but may need some TLC. While they may get a deal when buying, new owners also need to budget money for ongoing repairs and updates. On the other hand, newer homes need fewer fixes. The problem: There aren’t as many of them.

After the 2008 housing crisis, new home starts plummeted, and it took years for single-family construction to rebound. Since 2014, there have been 4.8 million houses built across the country, according to five-year estimates from the 2020 American Community Survey, representing about 3.5% of the total housing units. Locally, these numbers vary. The Cumberland, Maryland-West Virginia region, for example, had the fewest houses built after 2014, with only 192 units, or 0.4% of their total housing units.

Following a major slump in new home construction during the COVID-19 pandemic, production has steadily increased, but supply chain issues are adding headaches to builders’ abilities to get new homes on the market.

NashvillesMLS.com collected Census Bureau data to understand which metro regions have the most old and new homes. The data is sourced from the five-year 2020 American Community Survey. Metros are ranked based on the percentage of the total housing units in the region that were built after 2014. The percentages displayed are rounded. 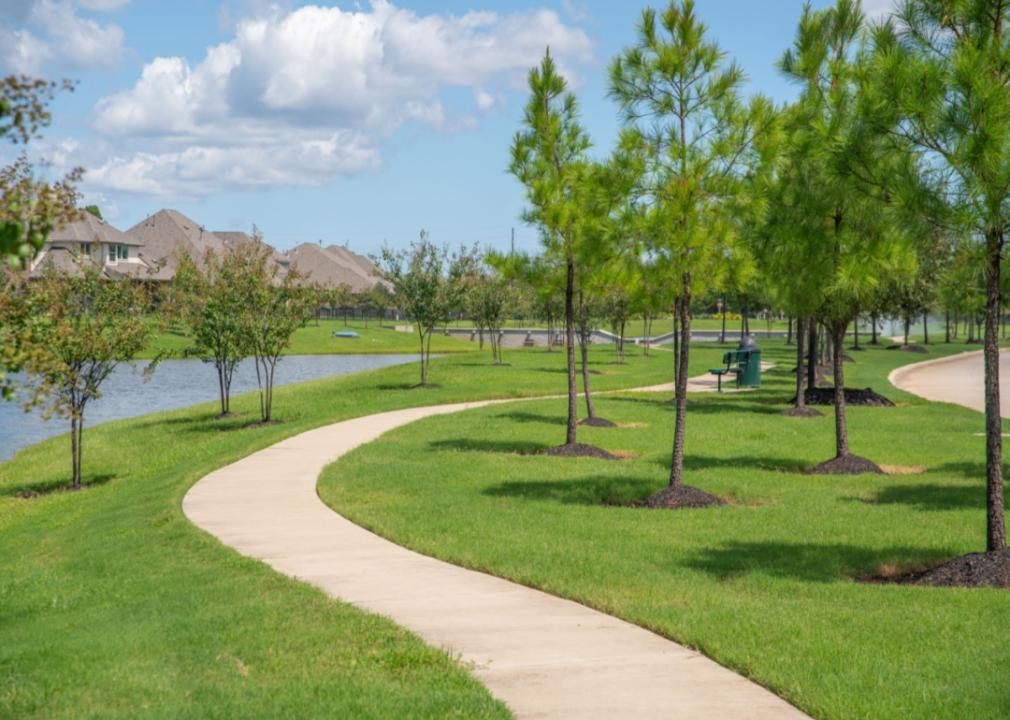 The fifth-largest metropolitan statistical area in the U.S., Houston’s economy is built around the oil, aerospace, and health care industries. This metro region has also been on a building hot streak: In 2020, it led the country in the number of permits for single-family homes.

The area has some of the top master-planned communities, or MPCs, in the country, which feature mixed-use residential development and amenities like pools, golf courses, and even restaurants and shops. Houston’s MPCs range in size—from The Woodlands, a 28,500-acre community with 119,000 residents, to River Oaks, a 1,100-acre luxury development on the west side of Houston.

More MPCs are being built further out in the suburbs, where land is cheaper and plentiful. Waller, a far northwestern suburb of Houston, will soon be home to Beacon Hill, a 564-acre MPC with nearly 1,000 new homes. 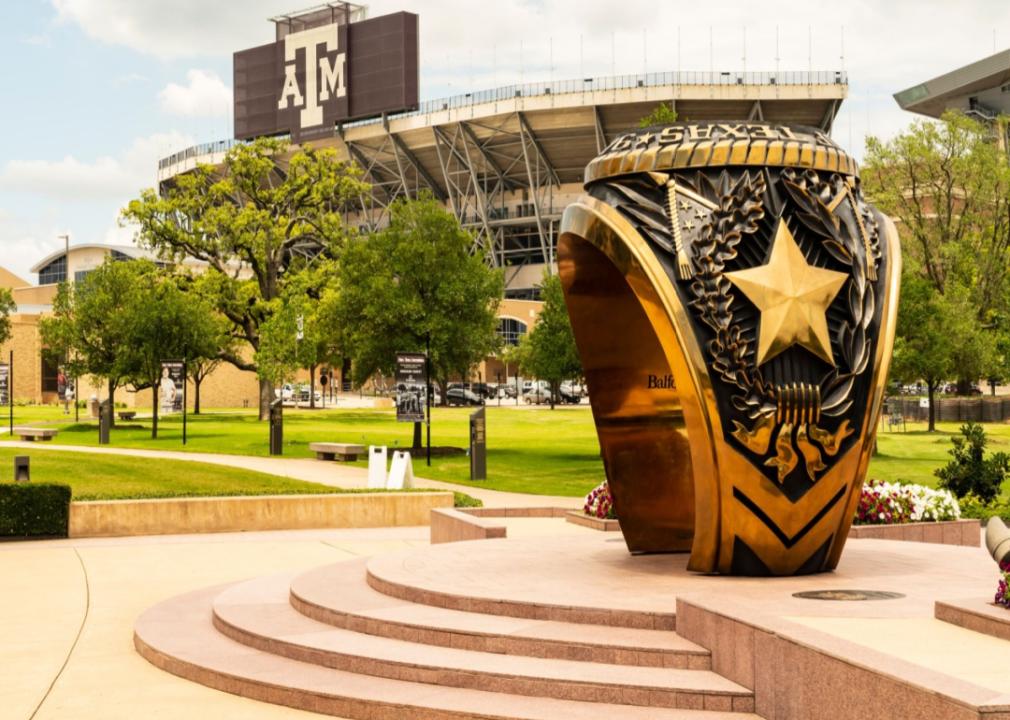 College Station-Bryan is located in the center of the “Texas Triangle,” a megaregion with Dallas-Fort Worth, Austin, and Houston at its three points. This region is home to Texas A&M University, with U.S. News college rankings reporting over 55,000 undergraduates enrolled as of autumn 2020. TAMU is home to the George H.W. Bush Presidential Library and the Bush School of Public Service.

Construction of new homes in the area is on the rise. New homes in Bryan are starting in the mid $200,000s. While that may sound cheap to people living in more expensive markets, the median salary in the area is just $57,907, making College-Station-Bryan rank low on the Federal Reserve Bank of Atlanta’s Home Ownership Affordability Monitor. 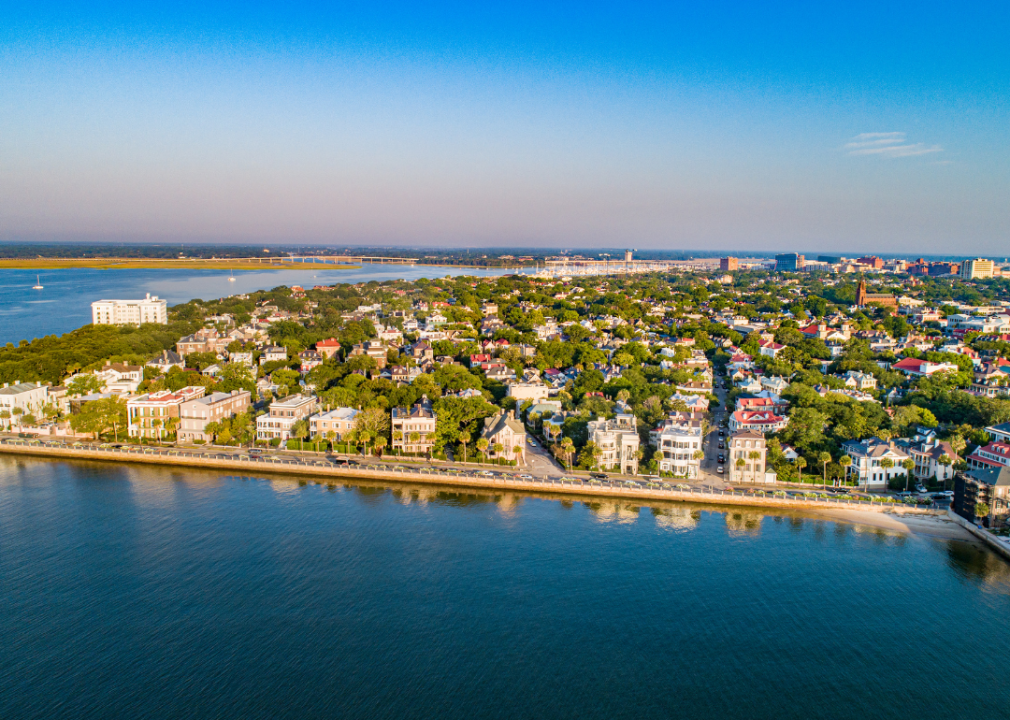 The Charleston-North Charleston area was settled in 1670 by colonists who named the settlement after England’s King Charles II. The region became rich due to its agriculture—in its early days, it was a major producer of rice, indigo, and cotton.

Charleston’s history lends itself to several distinct housing styles. The Charleston-style single house dating to the 1700s and 1800s stands out because it’s on a long, narrow lot with distinctive Italian-inspired porches called “piazzas.” Other historical architectural styles found in this area include Federal style, Greek Revival, and Victorian. Many new homes in the area are part of master-planned communities. 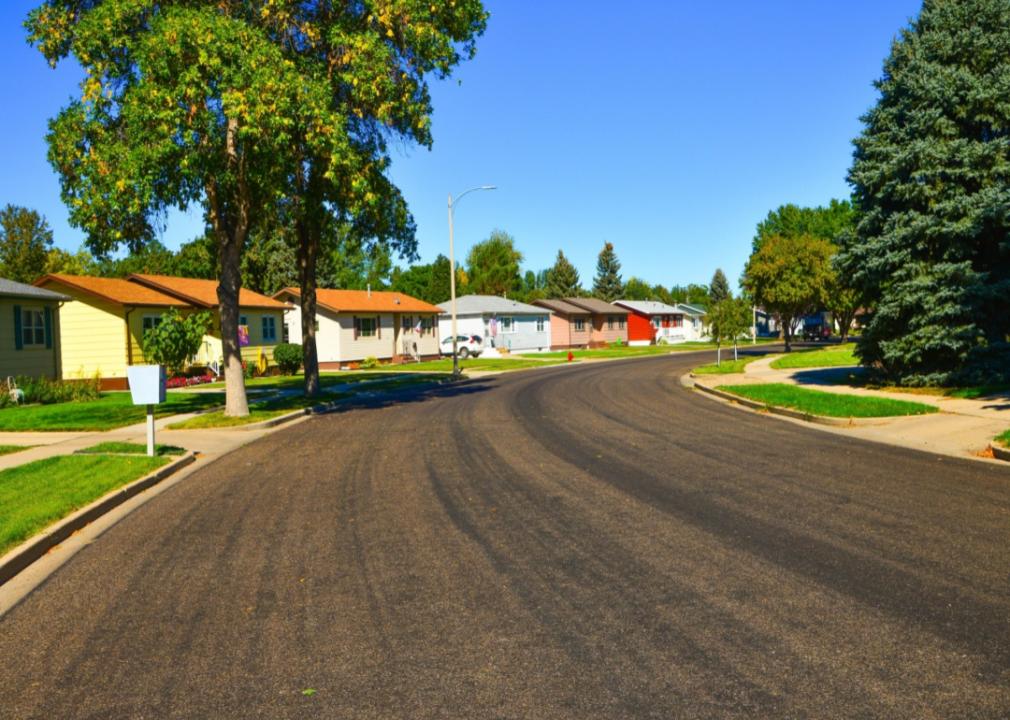 Now North Dakota’s capital, Bismarck was one of the areas Lewis and Clark explored during their famous expedition through the Louisiana Purchase territory. Bismarck has been a steadily growing city, experiencing a nearly 21% population increase since 2010.

Bismarck has added a number of subdivisions and residential developments in recent years that are expanding further into rural areas of the county. New housing stock includes ranch houses, split levels, and apartments. The city is currently working on a comprehensive plan called Together 2045, one facet of which is residential growth and planning for appropriate levels of housing. 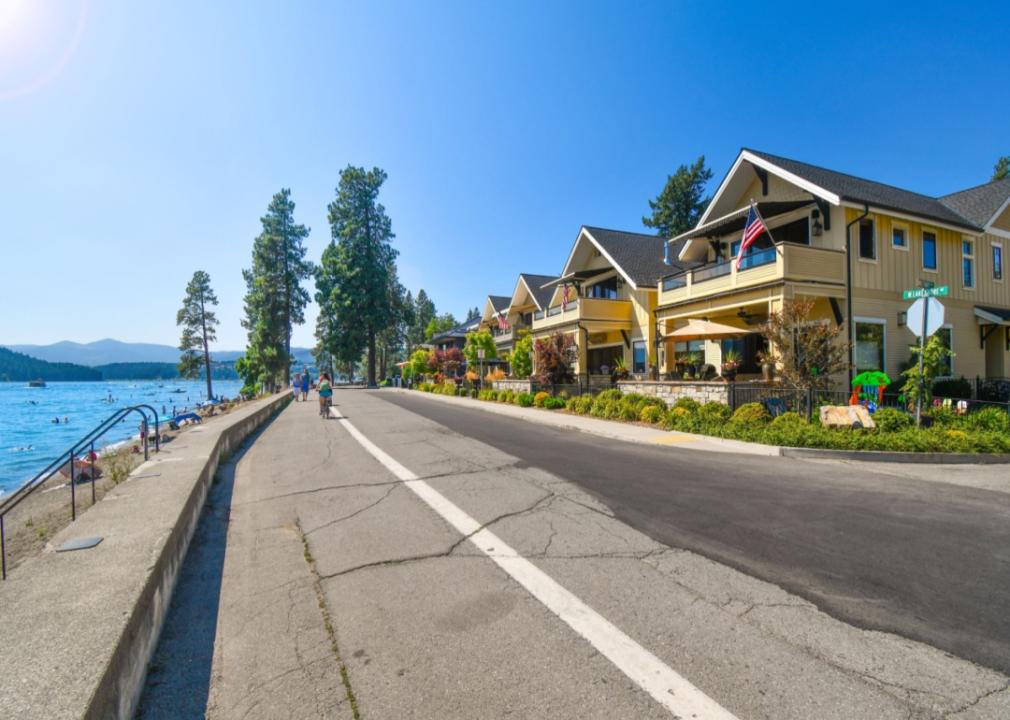 In recent years, people have been flocking to the natural beauty of this city in northwest Idaho. Located on its namesake lake, Coeur d’Alene is popular with people who love the outdoors, as it has easy access to a beach, water activities, a national forest, and mountains.

While new housing units are going up, they aren’t necessarily affordable to the local population. Most of the new homes sold are single-family residences that sell in the $300,000 to $450,000 range. A new 18-story condominium tower is being built in the downtown area, with one-bedroom units starting at $750,000. Less than 1 in 4 local households can afford to buy a home today, down from 3 in 4 households in 2016. 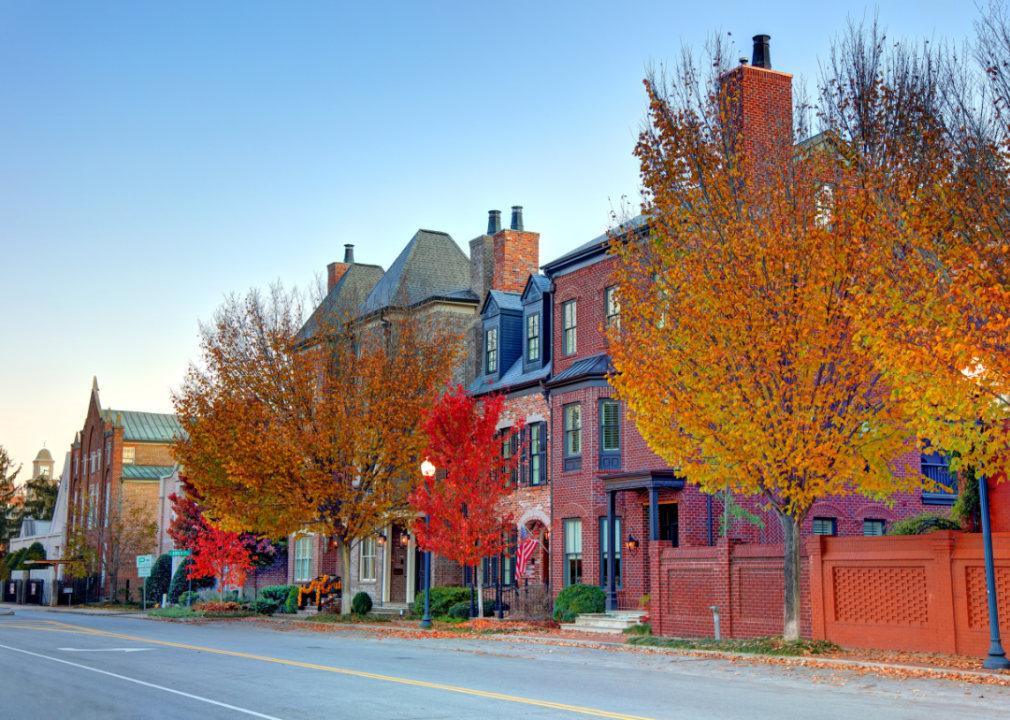 The home of country music has been a boomtown in recent years, as tech companies have moved to the area, providing a wealth of good-paying jobs. Out-of-state homebuyers have also relocated to the area in hopes of affordable housing prices. They’ve contributed to a rise in home prices, which have increased 81% in the last five years. In Nashville, median prices are now over $467,000. In Franklin, average sales prices top the $1 million mark. 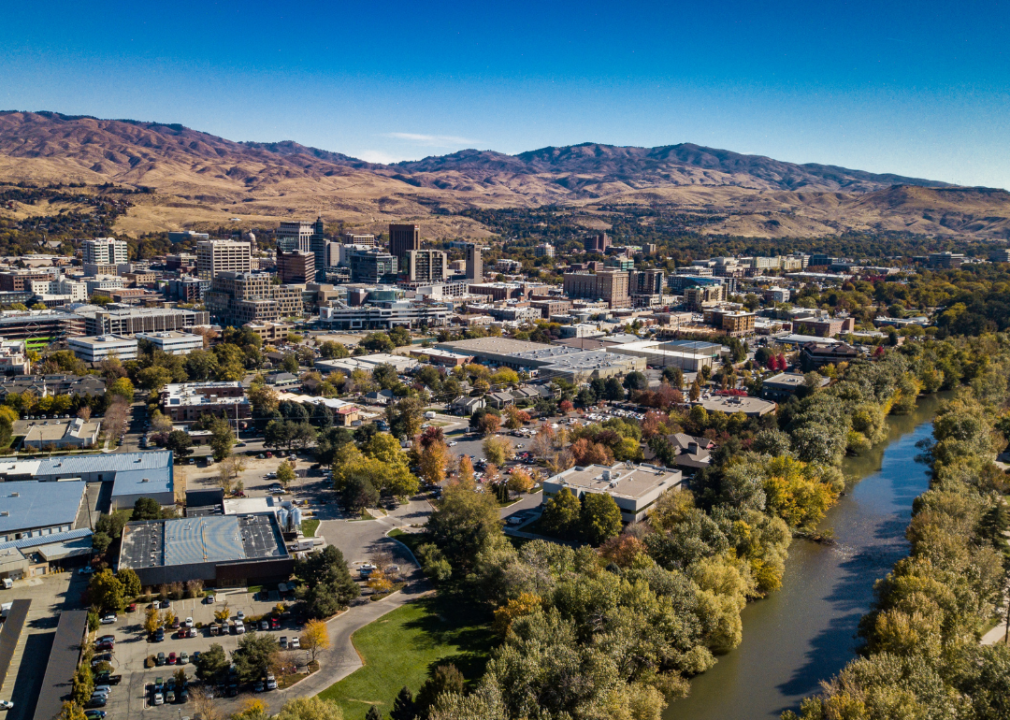 In 2018, Boise was already ranked by Forbes as the fastest-growing city in the U.S. Then the COVID-19 pandemic hit, and the city became even more popular with people who lived in high-priced real estate markets on the West Coast and looked to Boise as a more affordable inland option. Boise’s connection with nature—the Boise River runs through the city and the Boise Mountains are just outside of the city—also made it a popular place to relocate. The city is also home to Boise State University’s famous blue turf stadium and football program.

The city’s homebuilders responded to this influx of people by developing property in the city and surrounding suburbs.

The party may be over, however, as home prices have fallen drastically in 2022 in part due to higher interest rates. Builders are postponing new developments, particularly for homes in lower price ranges, although new luxury homes, which are more immune to interest rate increases, are still being built. 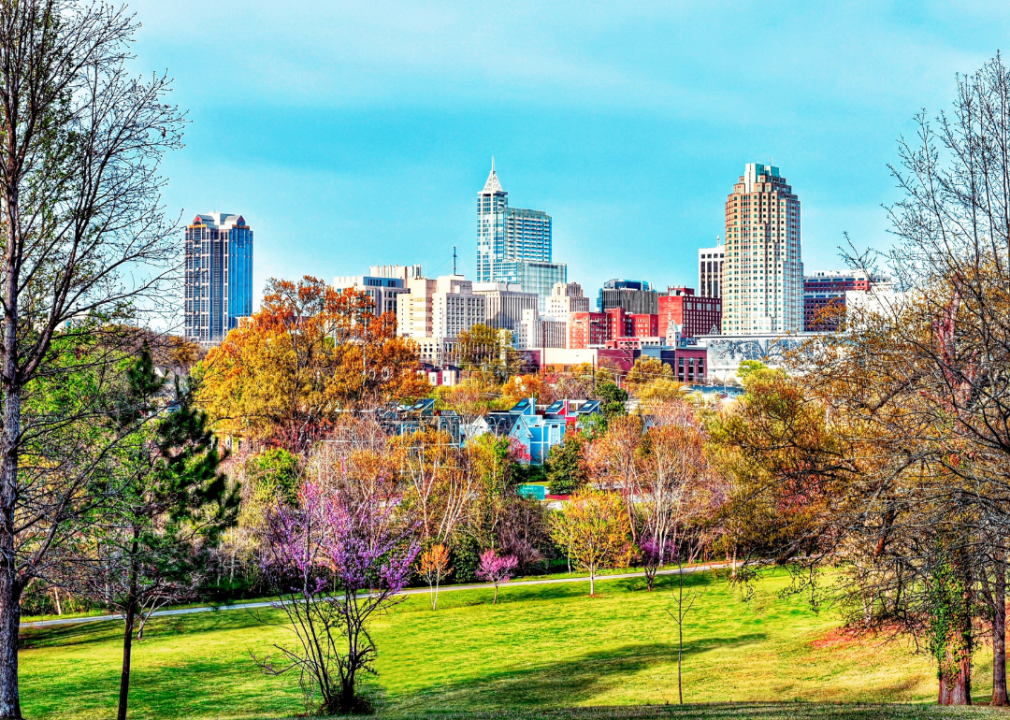 Raleigh has a diverse economic base, with many jobs in education, technology, and biotech. In 2021, PricewaterhouseCoopers and the Urban Land Institute named Raleigh the top U.S. market for home building prospects.

Homebuilders tried to keep up with the demand for housing, but supply chain issues and rising material costs also caused some setbacks with completing houses. Many builders in Raleigh started waitlists and lotteries for potential buyers.

Now supply chains are moving again, so builders are wrapping up developments and putting more new houses on the market. This has eased some of the recent pricing increases and has even compelled some builders to offer buyer incentives. 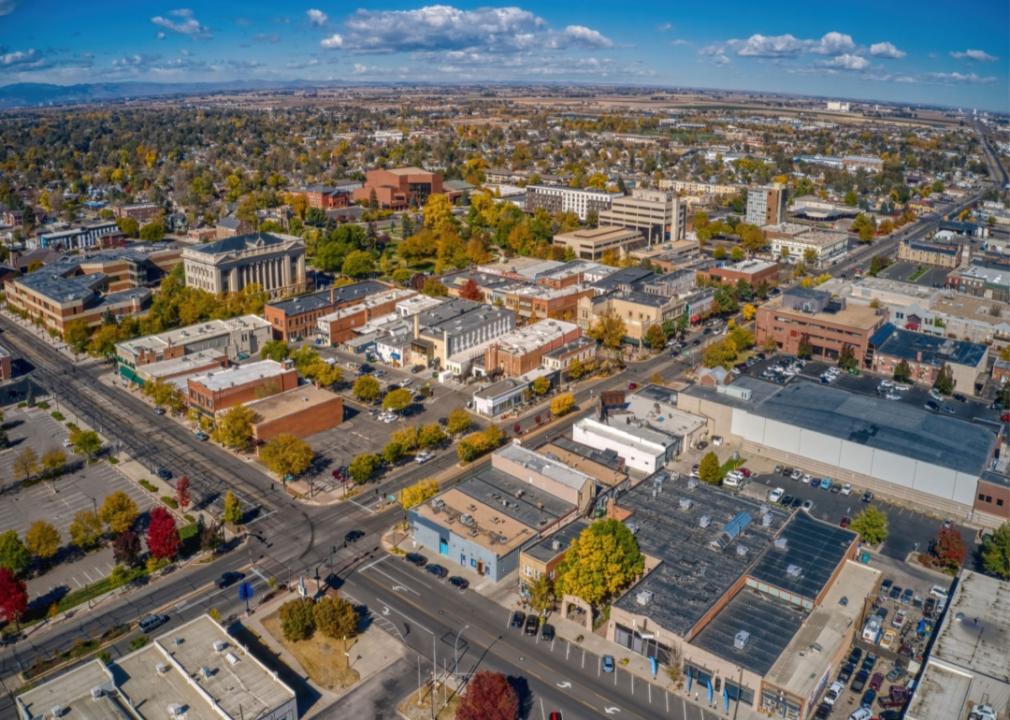 When a city has 300 days of sunshine each year, it’s no surprise people want to live there. Greeley is Colorado’s 11th-largest city and is home to the University of Northern Colorado, which gives it a thriving student population.

In 2021, Greeley updated its development code to allow for building different types of housing on smaller lots, hoping to drive affordable housing development.

By mid-2022, the city counted dozens of new development projects that are in the design phase, have been approved, or are under construction. The projects feature a variety of housing types, including single-family homes, multi-family homes, manufactured homes, apartments, and townhomes. 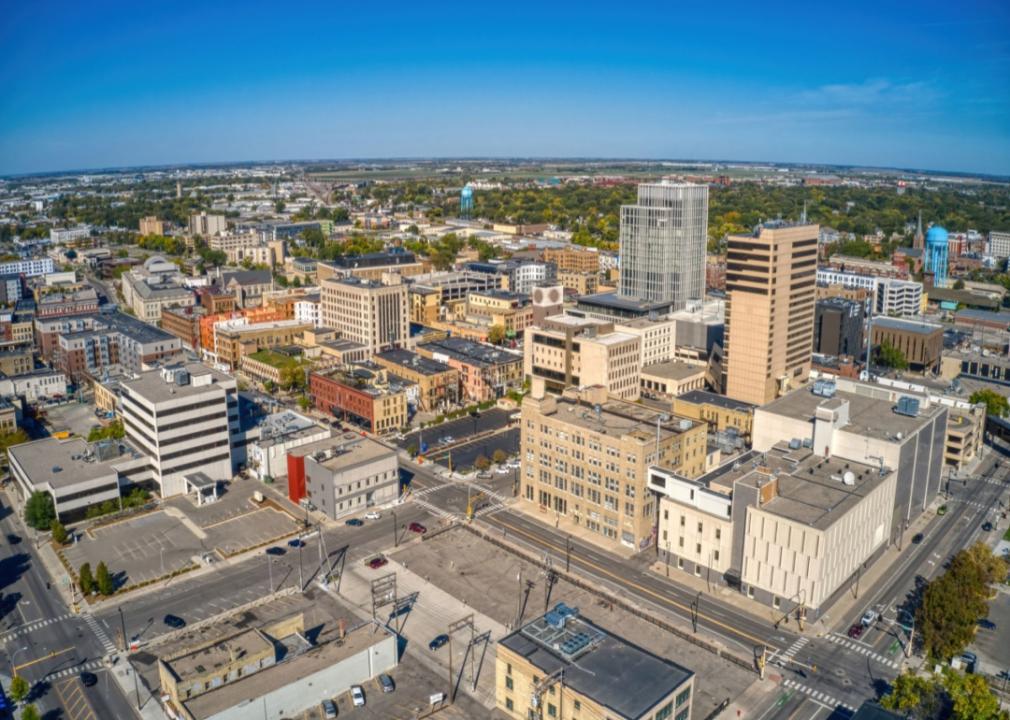 Fargo thrives on its livability—in 2019, Money ranked it on its annual list of best places to live—and its low unemployment rate. Jobs abound in the health care industry and education, particularly at North Dakota State University.

Fargo has taken a steady approach to new housing development. The city typically adds 250 to 300 new homes and 500 new apartments annually, and it has developed a number of new neighborhoods and subdivisions since 2014. Housing stock in the city includes single-family homes, twin homes, condos, and townhouses. 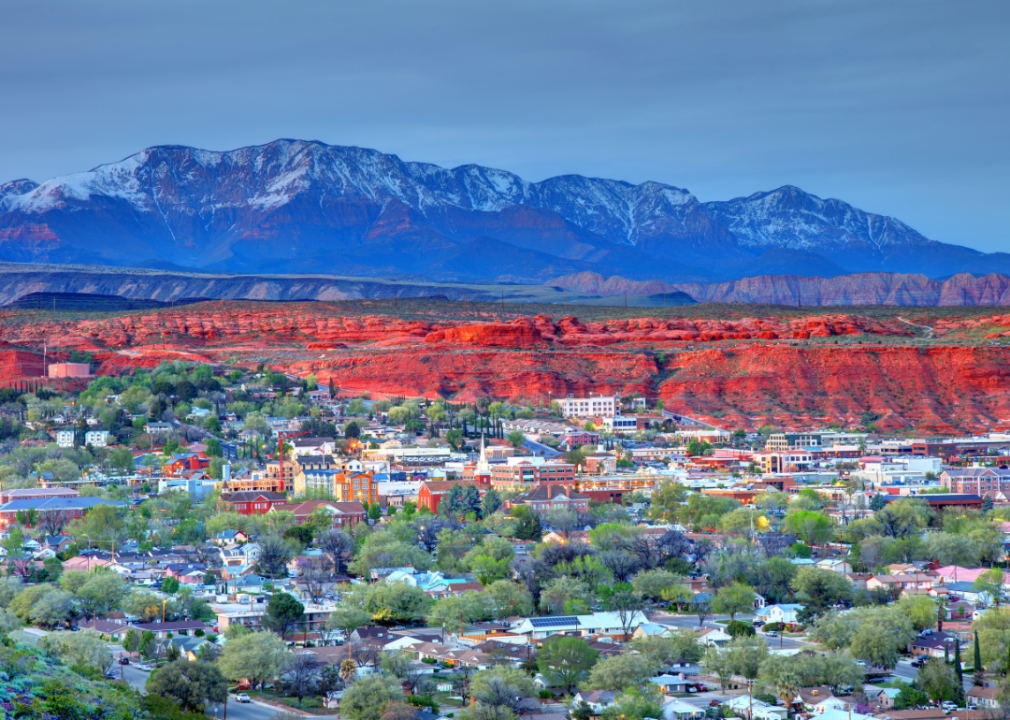 Tucked into the southwest corner of Utah on the Arizona border, St. George is renowned for its beautiful red sandstone cliffs and proximity to Zion National Park and Lake Powell. St. George has been dealing with rapid growth for years. In 2018, it was named the fastest-growing metropolitan area in the U.S. However, builders haven’t been able to keep up with demand, even with an increased housing inventory.

In 2021, the city gave the green light to 1,620 new residential properties, most of which are single-family homes. 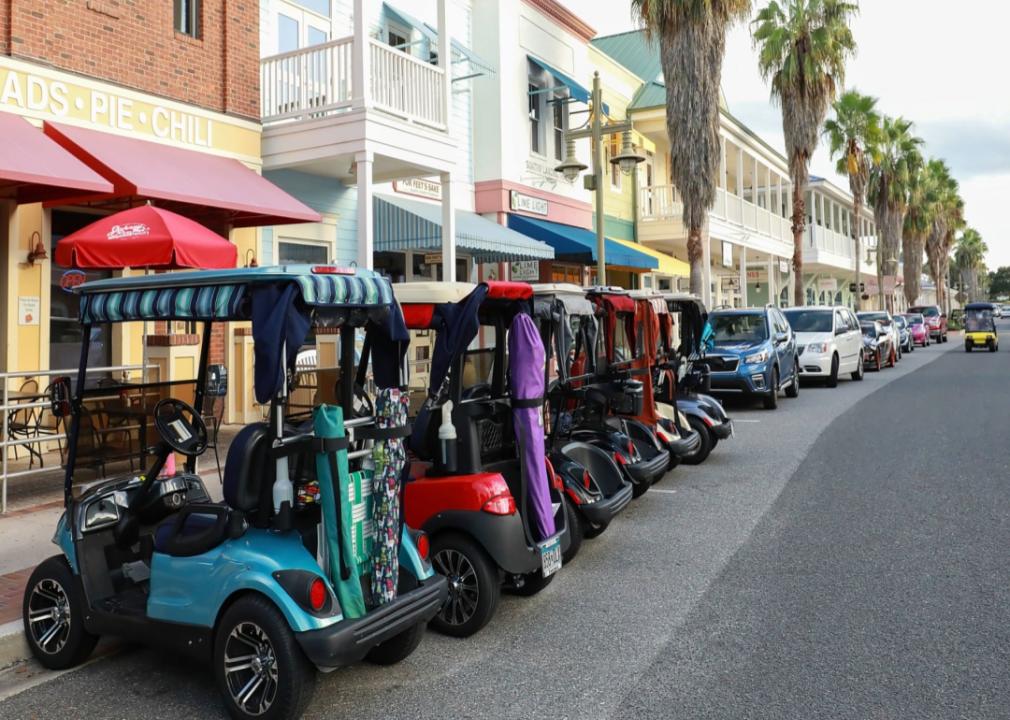 The epitome of a retirement community, The Villages is for adults aged 55 and over. Located northwest of Orlando, over 125,000 people drive around on golf carts through 78 different communities ranging in size from 100 to 1,550 homes. The Villages promotes a vibrant senior lifestyle, featuring 55 golf courses, 103 swimming pools, 15 softball fields, and 223 pickleball courts.

In 2022, The Villages planned to add nearly 500 new homes and four new neighborhoods to the massive retirement development. The building boom doesn’t look to end anytime soon, as the Florida Bureau of Economic and Business Research estimates Sumter County, which consists solely of The Villages, could have close to 224,000 people by 2040. 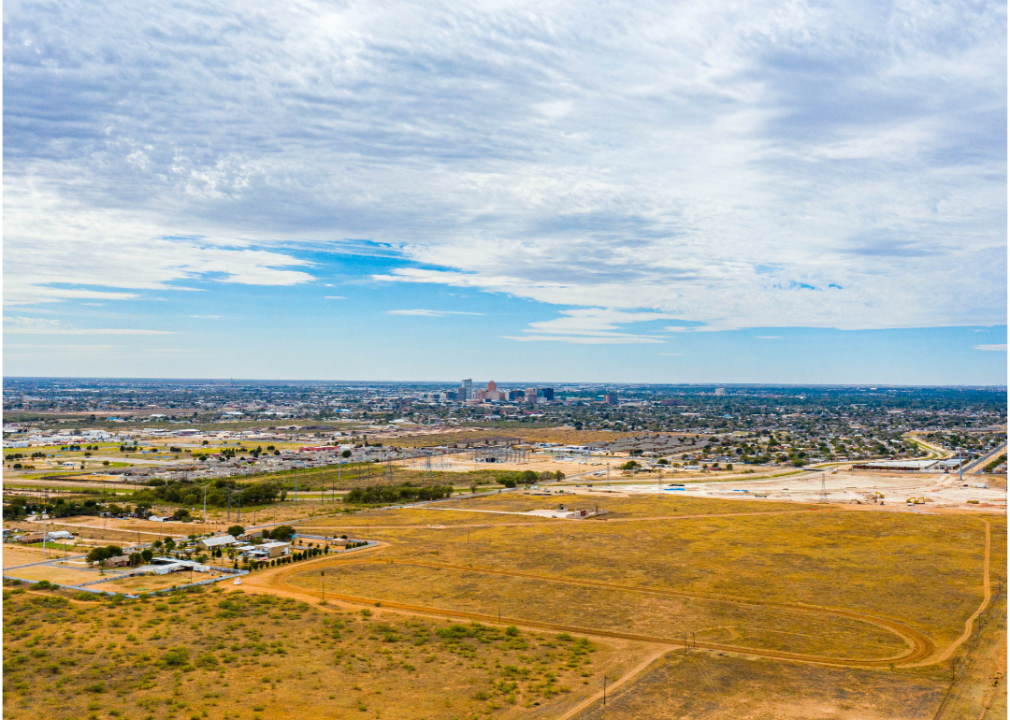 Midland is one of the country’s major oil and gas production hubs, and it’s known for its presidential ties. Midland is former first lady Laura Bush’s hometown, and both former U.S. Presidents George H.W. Bush and George W. Bush have called it home.

The latest oil boom has also caused major growth for the city—WalletHub named it one of the fastest-growing cities in the U.S. in 2020. New housing development ranges from apartments to luxury homes. Competition for homes in Midland has been fierce, with individual buyers losing out to institutional investors seeking rent houses. According to the National Association of Realtors, 44% of homes sold in 2021 were to businesses. 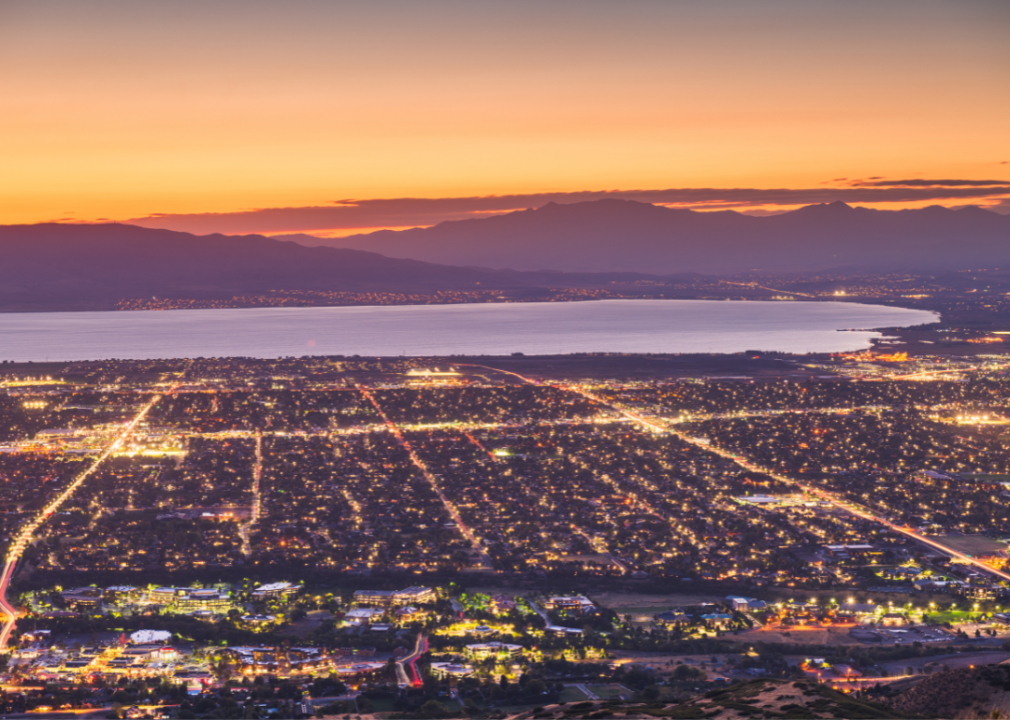 The Provo-Orem region is another Utah city that was already lagging behind housing demand before the COVID-19 pandemic hit. Although new construction permits are growing faster than sales, a combination of a pandemic-related population influx and millennials trying to buy their first house has kept the market tight.

Provo is home to Brigham Young University, which is a major employer, and the “Silicon Slopes” just north of the region has a number of tech companies. 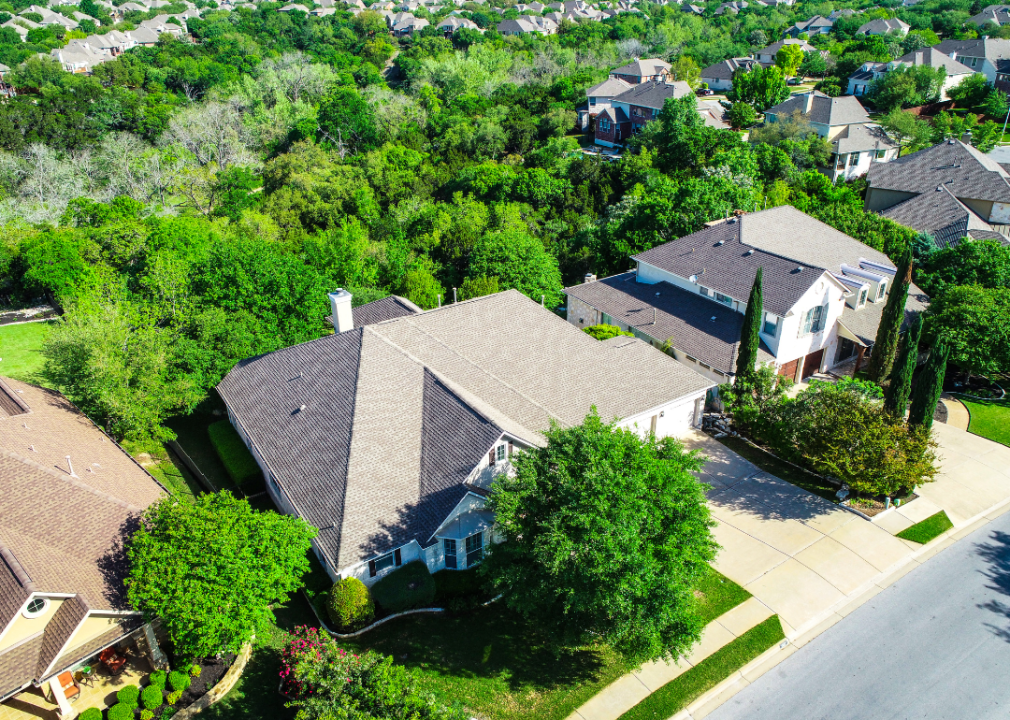 Homebuilders in Austin are trying to meet pandemic-driven, pent-up demand for housing, but issues with supply chains have made it harder to deliver. In the second quarter of 2021, builders started 26,500 homes but sold just 20,000 new homes. Before the pandemic, that difference would typically only be a few hundred homes.

Housing demand also can’t keep up with the area’s growth, as tech companies have opened major offices and headquarters in the area. To alleviate the situation, Austin has updated its development policies to allow more density along major corridors.

This story originally appeared on NashvillesMLS.com and was produced and
distributed in partnership with Stacker Studio. 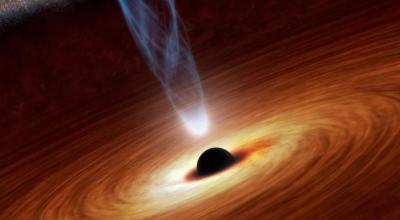 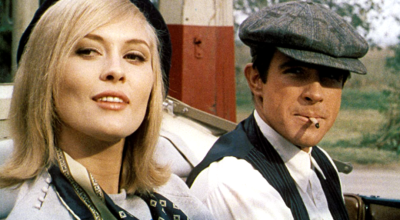 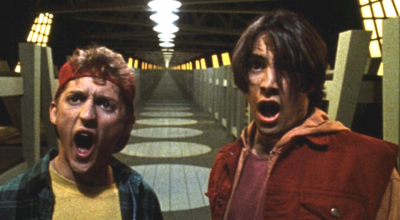 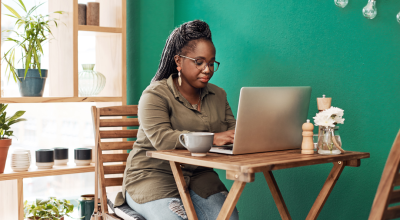