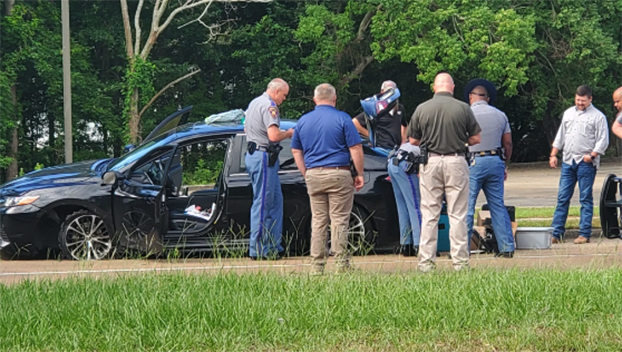 One individual is under arrest following a high-speed chase and shots fired at law enforcement.

Mississippi Highway Patrol Troop M troopers attempted to initiate a traffic stop on I-55 northbound before 8 a.m. Thursday morning, but the vehicle — a black sedan — fled. Troopers pursued and set out spike strips at exit 38.

Though the vehicle struck the spikes, it continued north where it exited east at Exit 40. Lincoln County Sheriff’s deputies had joined the pursuit at this point, and Brookhaven Police joined when the vehicle left the interstate.

The chase continued south on Hwy. 51 then east on Brookway Boulevard, when the suspect began firing a weapon at a pursuing officer, Lincoln County Chief Deputy Johnny Hall. No one was struck.

Law enforcement blocked the road near South Cleveland and surrounded the vehicle with weapons drawn, at which point the suspect surrendered and was taken into custody by MHP, according to BPD Chief Kenneth Collins.

Though a vehicle was also struck and pushed off-road by the fleeing suspect at one point in the chase, the driver of that vehicle was not injured.