10 of the most expensive movies ever made 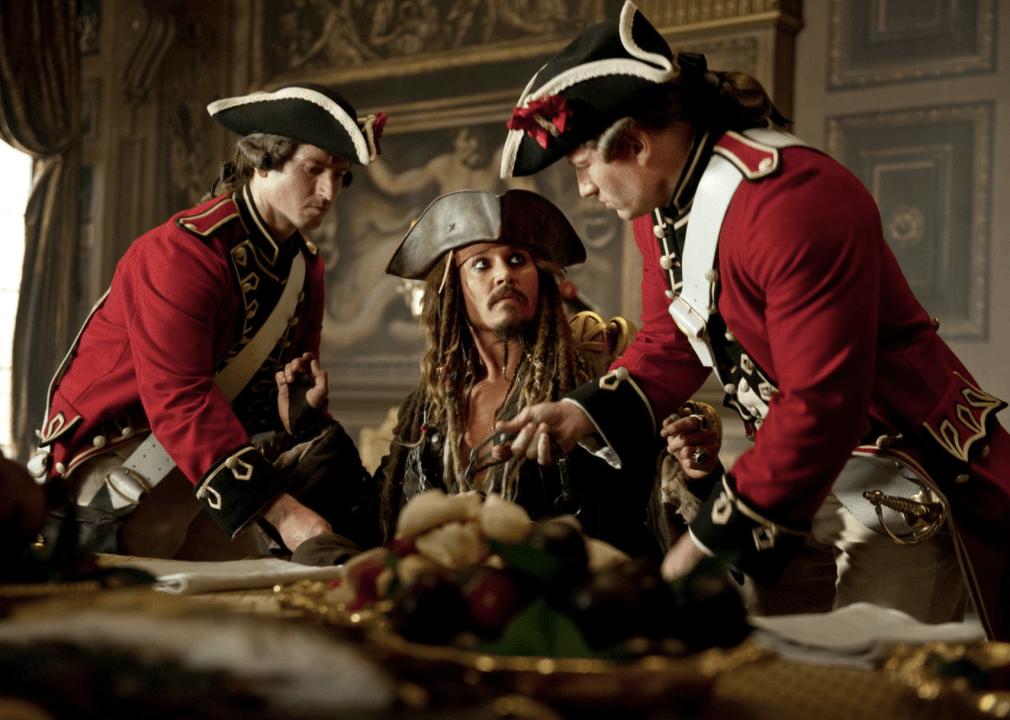 10 of the most expensive movies ever made

Movies may be magic, but ask anyone in Hollywood and they’ll tell you: That magic doesn’t come free. In fact, that magic often costs a pretty penny. The average major Hollywood studio film has a budget of $65 million, according to Investopedia. And when you factor in distribution and marketing costs, that sum can quickly balloon north of $100 million.

Giggster surveyed film history and spotlighted 10 of the most expensive movies ever made. To qualify, the inflation-adjusted budget had to be over $300 million. Original budget estimates were gathered from The Numbers, and then adjusted for inflation, before being listed alphabetically. It’s important to note most movies never publicly confirm their budgets, so most of these numbers are best guesstimates.

Believe it or not, some hits have been made for much less than even $1 million, such as the 2004 cult classic “Napoleon Dynamite,” which reportedly cost only $400,000 to produce. On the flip side, others have set the bar with unimaginable budgets, like the box-office titan “Pirates of the Caribbean: On Stranger Tides,” which remains the most expensive movie ever made, costing $379 million. In the following slides, we’re focusing on films that fit in the latter category—the priciest movies of all time.

As you read through this list you’ll notice the entries are heavily skewed toward 21st-century American blockbusters. This largely has to do with trends in major studio spending following the introduction of “Star Wars” as the first blockbuster in the mid-to-late 1970s. However, genres are all over the place, from period pieces to superhero flicks to sci-fi epics. So grab your popcorn, put down your wallets, and read on to feel better about your own ability to budget. 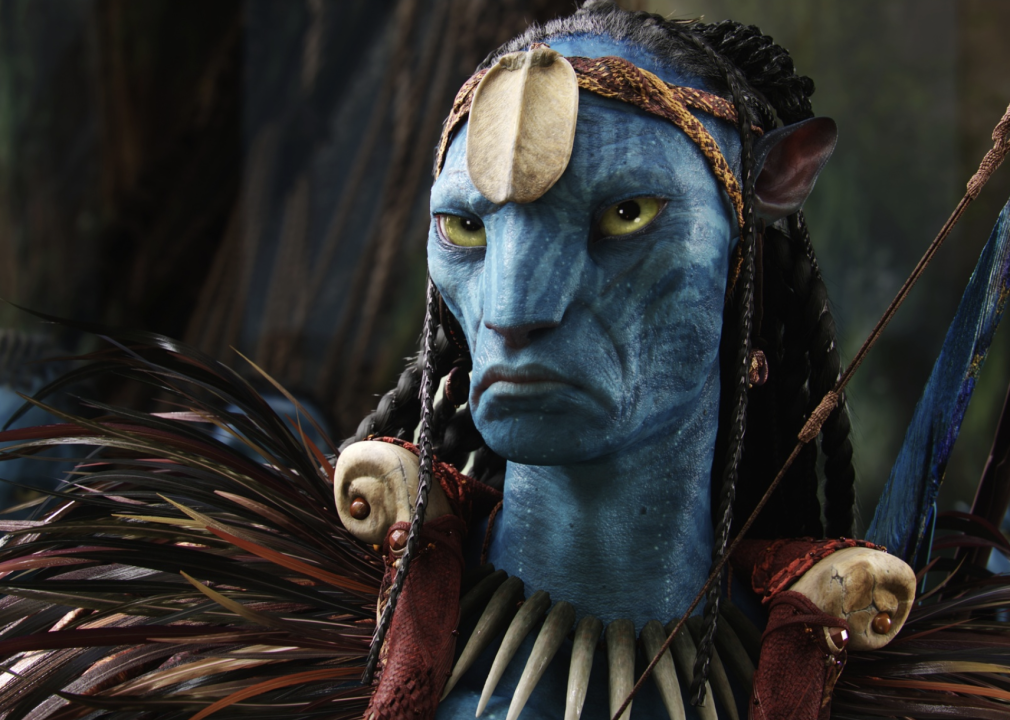 James Cameron is the only director to have not one but two movies make this list. In contrast to 1997’s “Titanic,” “Avatar” is not another period piece but a sci-fi epic about human-alien interactions on a planet called Pandora. Cameron first came up with the idea for the movie in 1996 but waited until special effects had progressed enough so he could achieve the specific vision he had for the film. So it should come as no surprise that the bulk of the movie’s budget went to visual effects, as an entirely new camera system and method were created specifically for the project.

As with “Titanic,” the outsized budget proved a worthwhile investment, having earned a record-setting $2 billion at the box office as well as nine Academy Award nominations. In 2022, Disney greenlit four “Avatar” sequels with a collective budget of $1 billion, or $250 million per film. So, if all goes according to plan, several more Cameron flicks could populate this list in the near future. 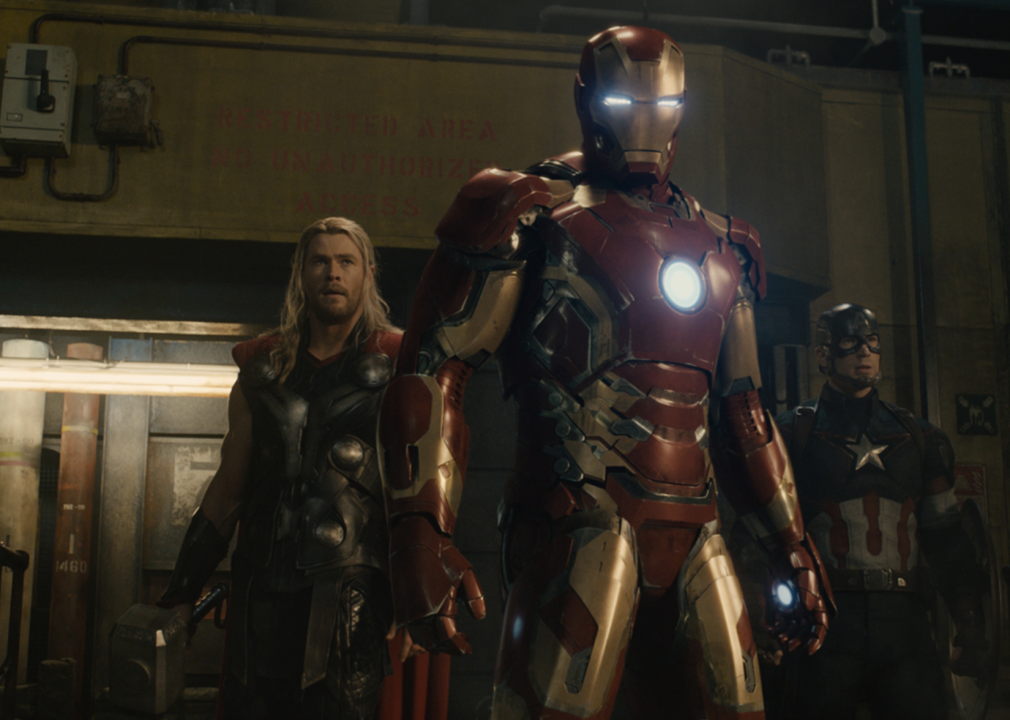 The sequel to 2012’s “The Avengers,” “Avengers: Age of Ultron” sees the squad reuniting to fight off an artificial intelligence intent on destroying the world. In spite of the fact that two more “Avengers” films have been made since “Age of Ultron” released in 2015, this installment remains the most expensive of the lot. The cost was likely down to two things: the number of special effects used in the movie and the increase in the core actors’ salaries.

More than 3,000 visual effects shots were employed to tell the story, each requiring a substantial amount of manpower to complete, according to The Hollywood Reporter. Additionally, between Robert Downey Jr., Scarlett Johansson, Chris Evans, Jeremy Renner, Chris Hemsworth, and Mark Ruffalo, Disney spent a reported $80 million on salaries, which accounts for a sizable portion of the Marvel movie’s overall budget. 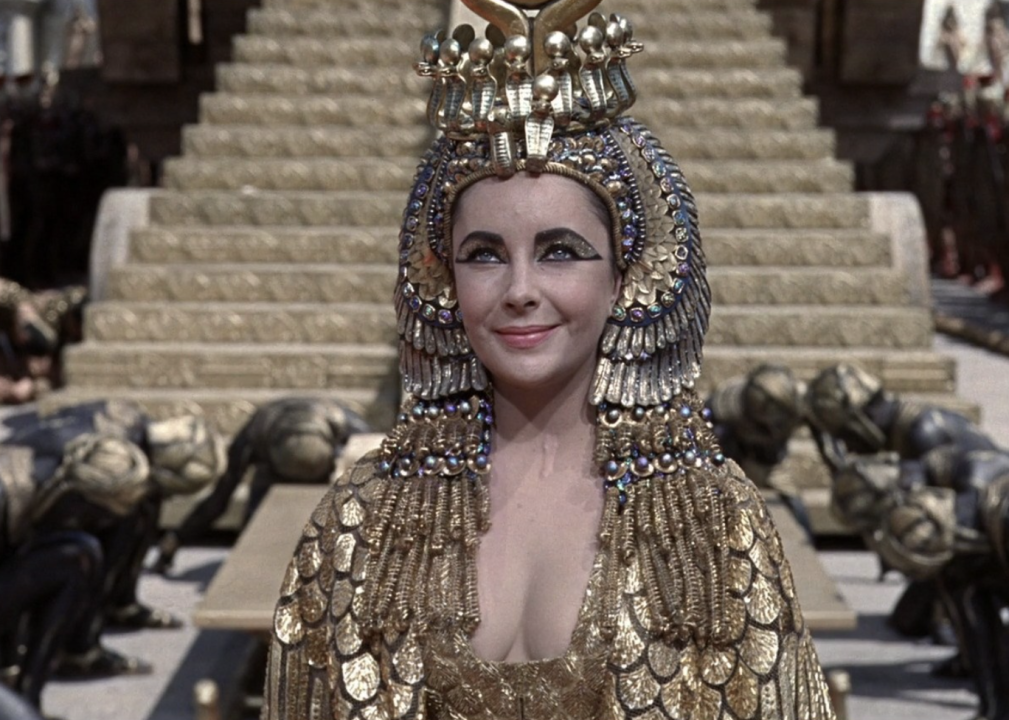 The 1963 version of “Cleopatra” was so expensive that it almost bankrupted 20th Century Fox, thanks to its bloated budget and comparatively underwhelming performance at the box office. The biographical period picture—starring Elizabeth Taylor as Cleopatra and her real-life husband, Richard Burton, as Mark Antony—suffered numerous setbacks during production, including several total script rewrites and a director change. Additionally, Taylor contracted pneumonia early on during filming, which caused the entire project to be relocated to Rome, making its earlier sets and footage unusable.

High salaries for the time, like Taylor’s groundbreaking $1 million payday, also ensured the film wouldn’t have a shot at breaking even. All told, the iconic film can hardly be considered a flop—earning $71 million at the global box office and nine Academy Award nominations—but the picture’s sky-high budget definitely prevented it from being a success. 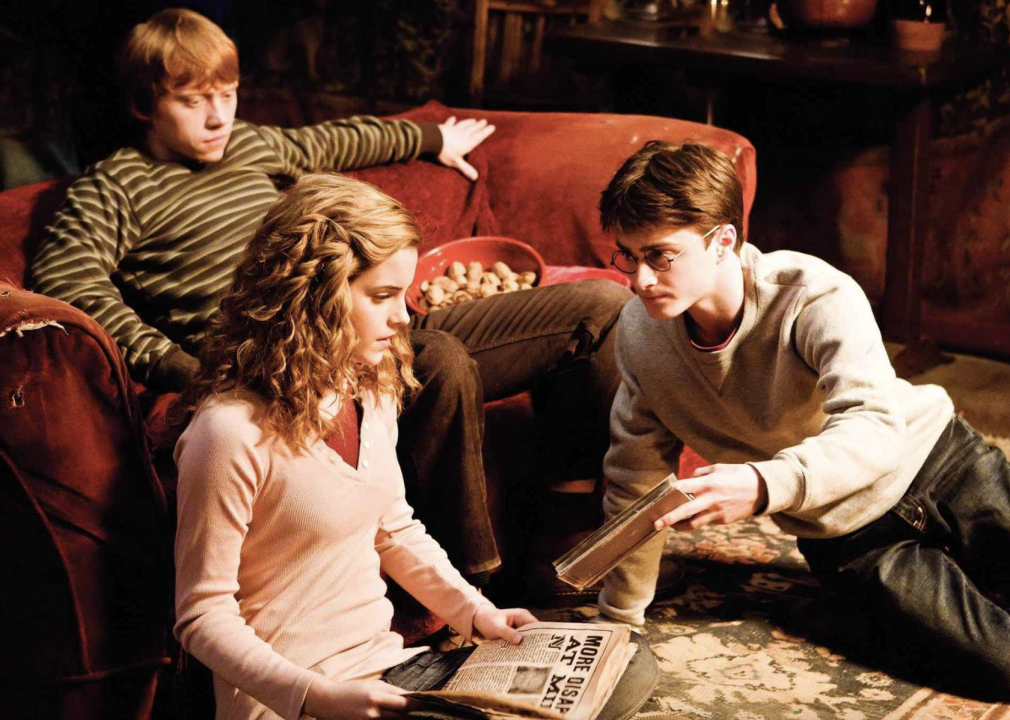 Harry Potter and the Half-Blood Prince (2009)

The sixth chapter of the boy wizard franchise, “Harry Potter and the Half-Blood Prince” is far and away the most expensive film in the series. Darker in tone than any of its prequels, the movie sees Harry, Ron, and Hermione preparing for battle with Lord Voldemort, while realizing evil may be lurking closer than they had ever thought.

A little digging reveals there are likely a number of reasons the budget for this particular project was so high. Many of the primary actors had contracts that were up for renegotiation right before filming began, meaning their paychecks—and the budget required to cover them—increased substantially. Not to mention the movie required a considerable amount of CGI, or computer-generated imaging—think of the scene where Harry and Dumbledore go into the cave in search of the horcrux—which costs a pretty penny. 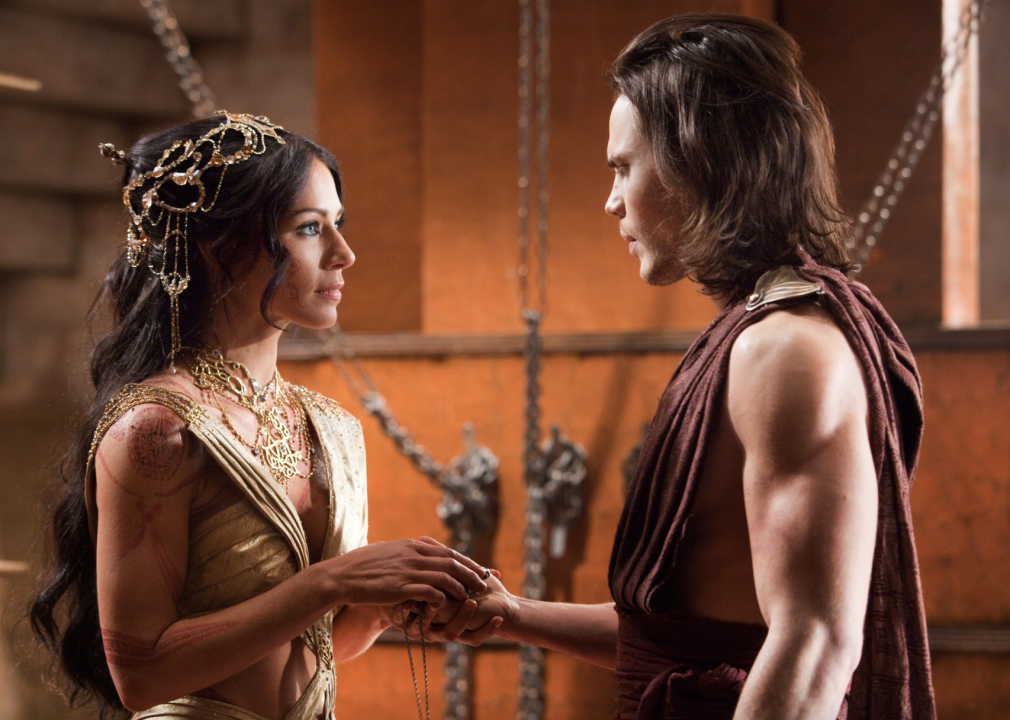 If you’ve never heard of “John Carter,” you’re not alone—despite Disney spending over $250 million to make it, it is widely regarded as one of the biggest box-office bombs in Hollywood history. Based on a 1912 novel called “Princess of Mars,” the movie is about a Civil War vet who mysteriously finds himself on Mars, aka Barsoom, where he becomes embroiled in the planet’s political conflicts. In the end, of course, he is the only one who can save the struggling planet.

Because studios aren’t open with their numbers and production costs, it’s not entirely clear why the film was so expensive to make. It may have had something to do with the number of rewrites it took to get the script right or the various large set pieces that were created, not all of which were even used. Or blame the visual effects that were added once filming was complete or the fact that it was director Andrew Stanton’s first live-action film and he wasn’t experienced enough to get it done quickly and cheaply.

Whatever the reason, Disney canned any plans for a second and third installment in the series once they realized filming them would be akin to setting money on fire. 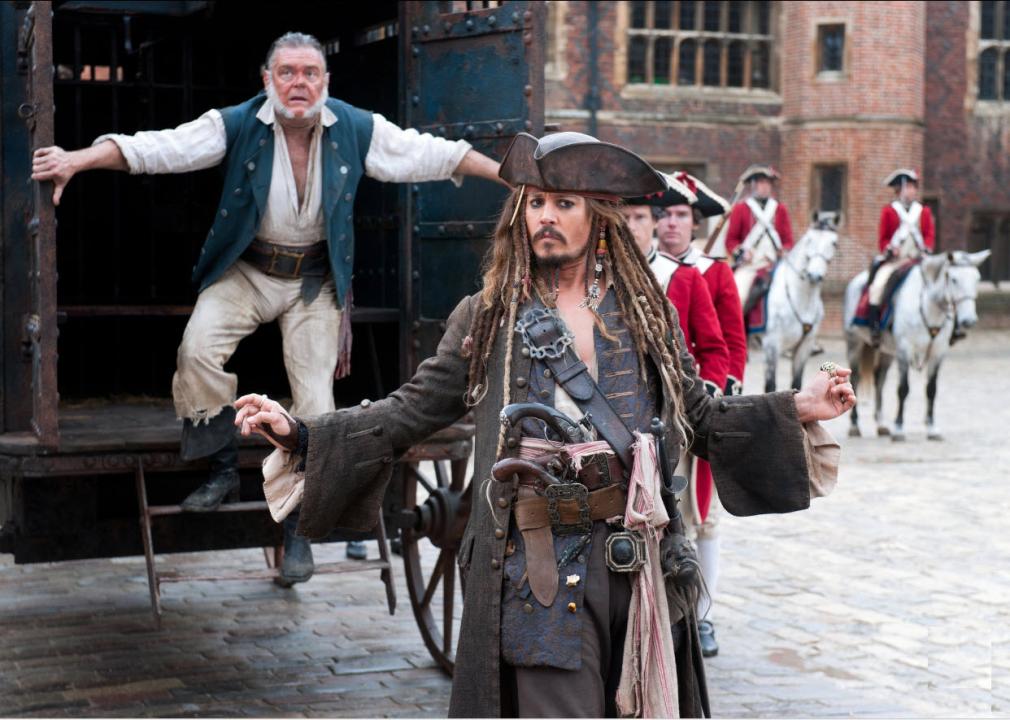 Pirates of the Caribbean: On Stranger Tides (2011)

“Pirates of the Caribbean: On Stranger Tides” sees Captain Jack Sparrow (Johnny Depp) racing his frenemy, Barbossa, and the famed pirate Blackbeard to locate the elusive Fountain of Youth. Although Disney elected to film the bulk of the movie in the U.K. and Hawaii, where tax breaks would work in their favor, they still managed to come in considerably over budget. Forbes reported a lot of that had to do with how much they spent on people—Depp reportedly earned a $55 million payday and another $17.4 million was spent on the 895-person production crew.

In addition to these costs, the movie was filmed entirely on 3D cameras, which are more expensive to use than traditional film cameras. A number of scenes were filmed at sea, which is expensive regardless of what type of cameras are being used. Thankfully, the investments paid off—the film raked in just over $1 billion at the box office. 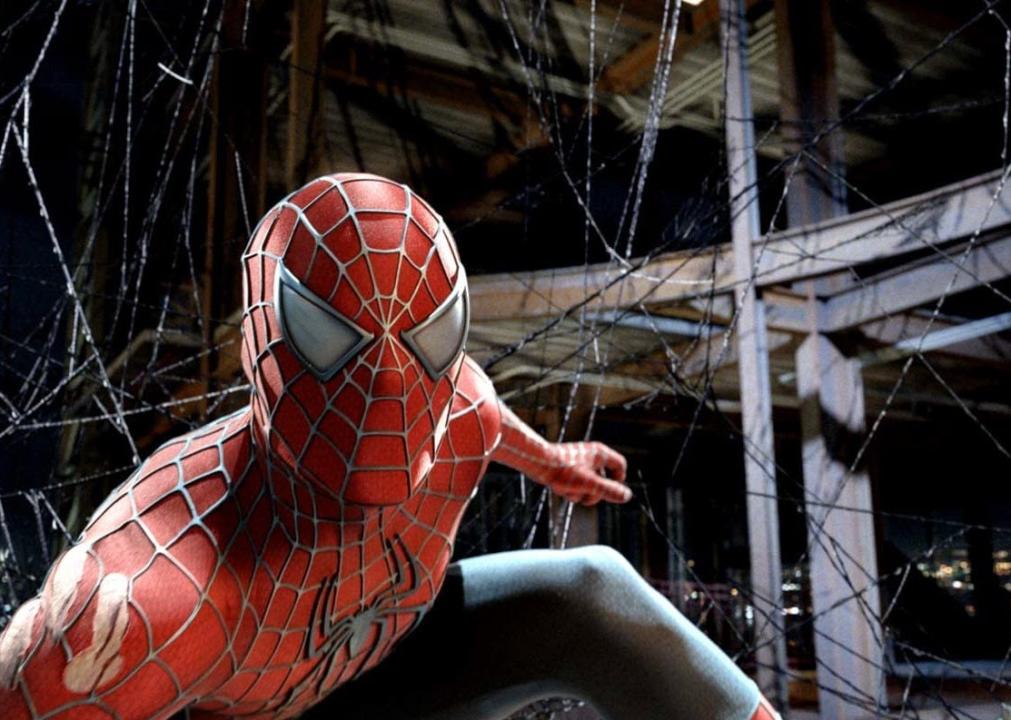 While the studio has never officially confirmed how the film’s $258 million budget was spent, it’s long been speculated that a major percentage of it went straight into the actor’s pockets, thanks to seven- and eight-figure paychecks. The other thing that likely ate up a huge portion of the budget was the special effects. One team of 270 people reported completing more than 950 shots for the movie—and they weren’t even the only group tasked with the work. 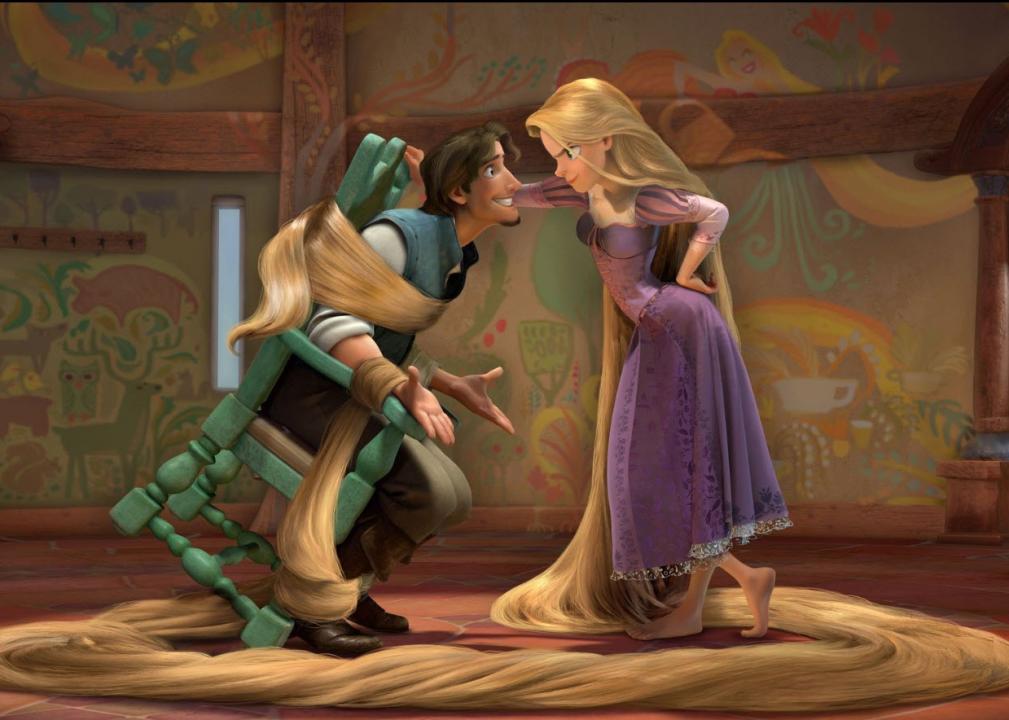 Loosely based on the Brothers Grimm “Rapunzel” fairy tale, “Tangled” was Disney’s 50th animated feature film. One of the studio’s animators, Glen Keane, originally had the idea for the story back in 1996 and began working on a concept and animation style. Over the next decade and a half, the story got reworked and rewritten at least a half-dozen more times, with each fresh start adding millions more to the budget.

Even after settling on a tone and plotline in the mid-2000s, the project didn’t stop bleeding money, thanks to the studio’s investment into getting the animation just right. According to a 2013 interview with Keane, it took six years for a team of animators to figure out how to get Rapunzel’s hair to work, and you just know that much expertise didn’t come cheap. 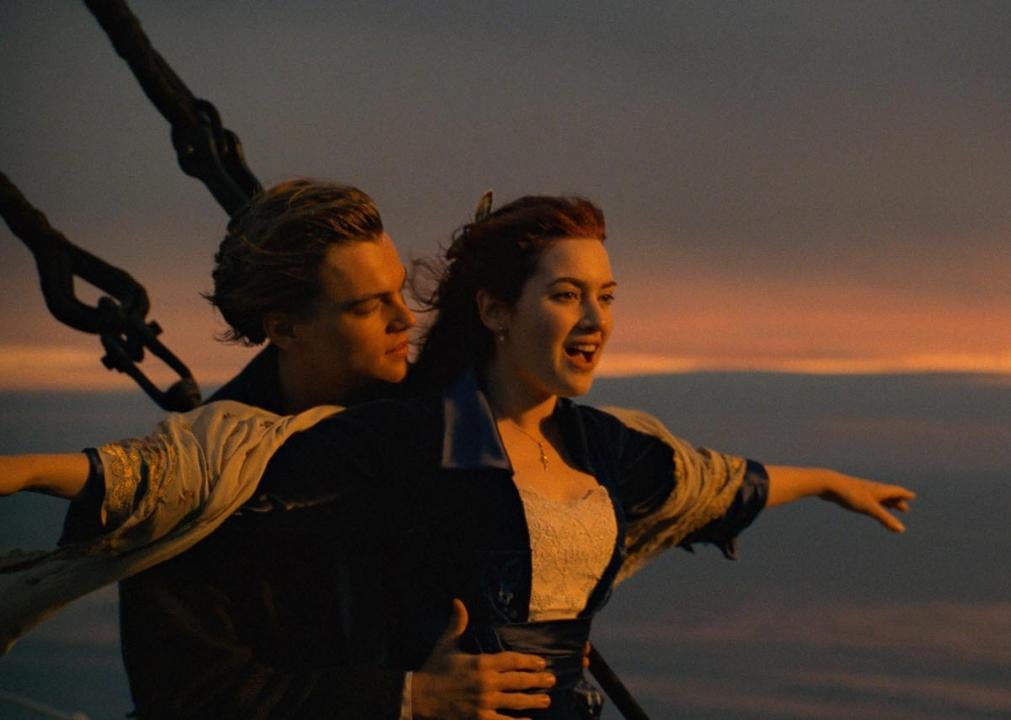 A cornerstone of modern cinema, “Titanic” is over-the-top in terms of length, clocking in at three hours and 14 minutes. It’s also known for its sappy romantic drama—who doesn’t love the doomed love story of a young, star-crossed couple aboard the RMS Titanic and attention to detail? It was this last factor—director James Cameron’s extreme striving for authenticity in every shot—that caused the movie’s budget to double from its original $100 million to $200 million. Everything quickly added up—from the 1,000 sticks of dynamite required to blow a hole big enough to hold the water tank in which the film was shot and the materials and manpower needed to build a lifesize replica of the ship to the mini-submarine brought over from Russia and the real wallpaper and stamped china used in the staterooms.

The relationship between Cameron and the studios who funded the film got so tense over the course of the 150-day shoot that by the end several heads, including Cameron’s, were lined up on the chopping block, as the executives feared low box-office returns. Thankfully for the director and stressed-out studio executives, the movie was an instant success, bringing in $1.84 billion at the box office and earning 14 Academy Award nominations. 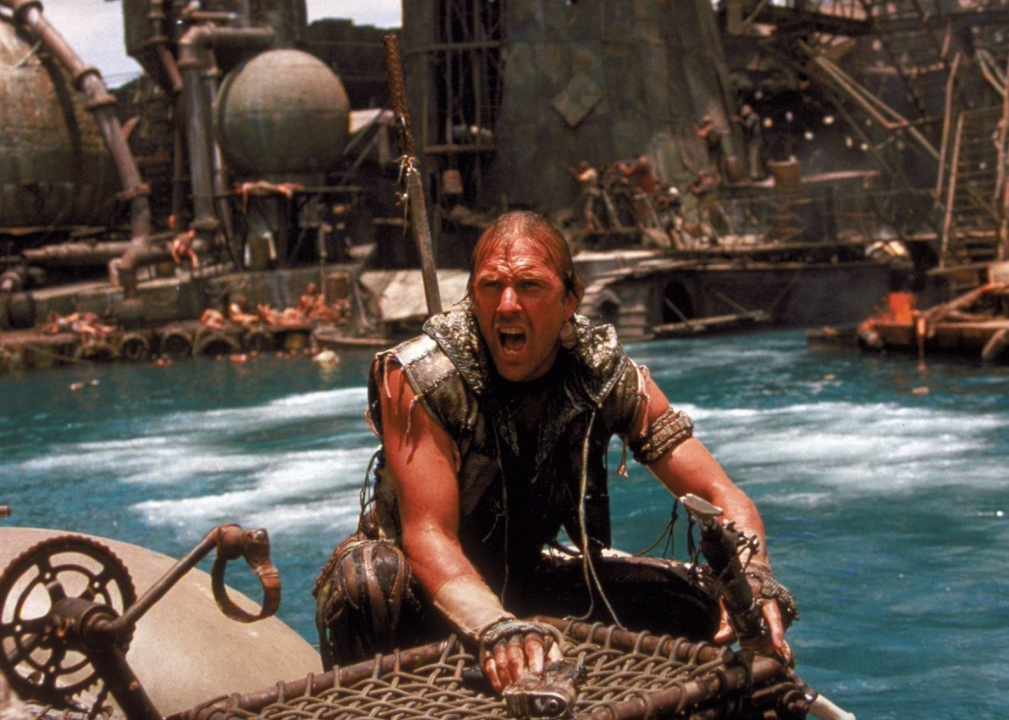 When the studio first greenlit “Waterworld” in the mid-1990s, they envisioned it as “Mad Max” on water. An action-adventure film, the story takes place in a post-apocalyptic world where the glaciers have melted, covering nearly all of the earth’s surface in oceans. A nameless Mariner played by Kevin Costner sails around the world, trading dirt—now a precious commodity—for supplies. While dodging pirates, he gets tangled up with a mother and daughter who he begrudgingly sets out to save.

Initially given a $100 million budget, the film’s cost ballooned to an unprecedented $175 million thanks, ironically, to a hurricane that destroyed large swaths of the set, a handful of script rewrites, and other production setbacks. In the end, its box office take of just $88 million made it a relative flop, and it’s also conversed about in the biggest box-office bombs conversation. 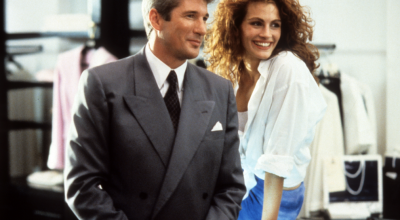 Movies with the most impressive runs in modern box office history 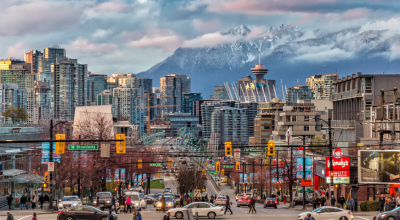 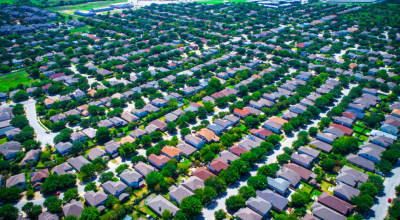 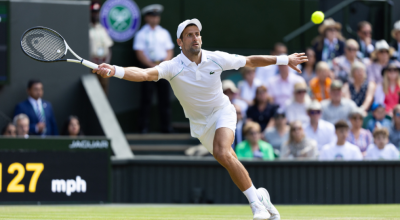