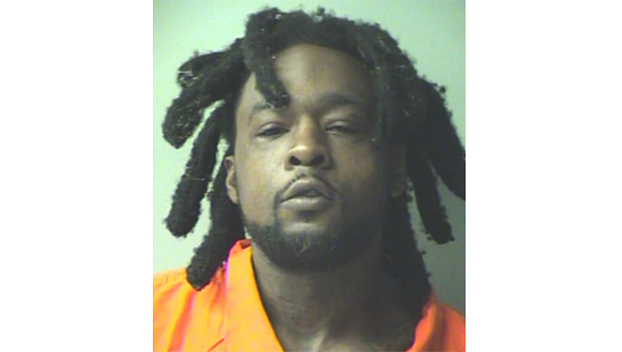 A Mississippi man was arrested in Florida on multiple charges after he reportedly threw handfuls of crushed-up meth in a deputy’s face as the officer was trying to take him into custody.

WJHG News in Panama City, Florida, reports that Todd Adams, 35, of Hattiesburg, was charged with battery on a law enforcement officer, driving without a license, depriving an officer of a means of protection, possession of a controlled substance, trafficking in methamphetamine, and resisting an officer in connection with the incident.

Adams was reportedly stopped by an Okaloosa County Sheriff’s deputy, who detected the odor of marijuana coming from the car Adams was driving.

Officials say Adams fled when he was asked to get out of the car. The deputy then reportedly reached for his Taser in an effort to take Adams into custody. Adams then reportedly grabbed the Taser and two handfuls of crushed-up meth from his shorts.

Officials say Adams threw the crushed meth in the deputy’s face and chest.

Adams was later taken into custody after he was found hiding under a trailer with taser probes still attached.

The deputy was treated at a local hospital for exposure to meth.

A search of Adams’ vehicle resulted in the discovery of hydrocodone pills, codeine syrup and marijuana. Deputies also report finding 147 grams of meth where Adams originally threw the meth at the deputy.