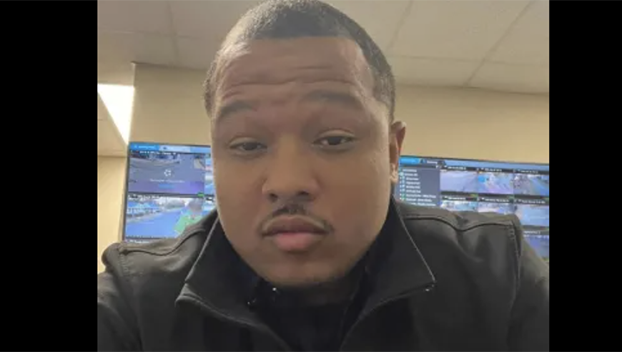 A police officer killed on duty in Mississippi earlier this month is being remembered there and in his Alabama hometown as a person willing to serve any community where he worked.

A memorial service was held Thursday in Meridian, Mississippi, for Meridian Police Officer Kennis Croom, who was shot to death June 9 while responding to a domestic violence call in that city. He was supposed to be off work that day.

Croom, 30, was killed while responding to a call where a woman, Brittany Jones, was shot to death. Her fiance, former Newton, Mississippi, police officer Dante Marquez Bender, was arrested June 10 in Ackerman, Mississippi, about 80 miles (129 kilometers) north of Meridian.

Meridian Police Department Sgt. Tavaras Smith said officers “worked nonstop” until they found and arrested Bender.
“It was an honor to place officer Croom’s cuffs on that subject and assist Croom in making his final arrest,” Smith said.

Before working in Meridian, Croom had been a law enforcement officer in Tuscaloosa and at agencies in Mississippi. He worked at sheriff’s departments in Hinds and Lauderdale counties and police departments in Brookhaven and Jackson, the Meridian Star reported.

“Each community that he worked in, Croom took that community as if it was his own,” said Jackson Police Department Cpl. Daniel Rushing. “It didn’t matter where he landed, he always cared for the citizens.”
Croom was the father of three children.

“We’re going to truly miss him. From the smile, the jokes he made with all the officers. But we have great lasting memories of Officer Croom,” said Meridian Police Chief Deborah Naylor-Young.

Croom was the son of former Tuscaloosa City Clerk Tracy Croom and the Rev. Kelvin Croom, now the senior pastor at the city’s College Hill Baptist Church, the Tuscaloosa News reported. Kelvin Croom played football for the University of Alabama in the 1970s.

Kennis Croom was the nephew of Sylvester Croom, who also played football for Alabama in the 1970s and in 2004 became the first Black head football coach in the Southeastern Conference when he was hired by Mississippi State University.

The Croom Family Foundation is a charity that helps young people in western Alabama.

Alabama Secretary of State John Merrill, who once served as a member of the state House of Representatives, thanked the Croom family for their community leadership.

“It did not surprise me when I learned that Kennis’ tragic incident occurred on his day off,” Merrill said. “Who else but a Croom would be working on his day off to try and help somebody?”

Mississippi man accused of throwing handfuls of meth in…