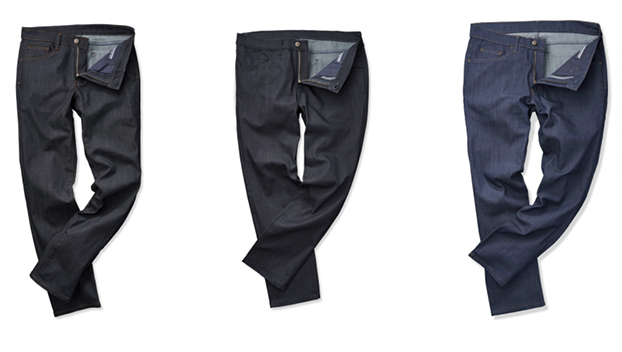 There’s no other company in the country doing anything quite like what Blue Delta Jeans is doing.

But for the small team at the 10-year-old, Shannon, Mississippi-based clothing manufacturer, creating a custom-fitted pair of blue jeans is about as American as it gets.

“The blue jean is an American invention by Levi Strauss,” Johnson Benjamin, chief design officer for Blue Delta, said. “He started the design back in the 1800s, so it is a purely American design. Blue jeans are America.”

The company got its start in 2012 with Nick Weaver and Josh West at the helm. According to Benjamin, West saw the wealth of talented sewing machine operators in the area and wanted to tap into that talent pool to create something unique, but also built to last.

“He really wanted to start something that wouldn’t go away,” Benjamin said. “Nick and Josh put their heads together and ended up picking blue jeans as their craft.”

A decade later, the jeans created at Blue Delta are in the closets of some of the world’s biggest stars, including actor Morgan Freeman and singer/songwriter Thomas Rhett.

Benjamin joined the company shortly after Blue Delta’s establishment. He said it didn’t take him long to see the quality of the work they were doing.

“I was in the design and sewing world and had a family background in it,” he said. “I became aware of the company and was really intrigued by it. I spoke to the owners and bought a pair of the jeans, and in that timeframe, I realized they probably needed help in the design world.”

Although Benjamin had never personally crafted a pair of jeans, he knew he could learn the skills it required. By 2015, Blue Delta was continuously growing, prompting Benjamin to leave his other work and become a partner in the company.

“Since then, we’ve just been growing Blue Delta along the way,” he said.

The aim of Blue Delta is to create custom, tailor-made blue jeans for every customer.

“We actually call ourselves a bespoke jean company,” Benjamin said. “Which is to say that, in the fancy tailor world, we are taking your measurements and making a jean for your body.”

Each Blue Delta client has about 30 measurements taken — waist, hips, seat, thigh, mid-thigh, low-thigh, knee and calf and some depth measurements along the way. After the tailoring process is complete, designers draft a pattern that is specific to the body’s measurements. Clients select if they want high-rise, mid-rise or low-rise jeans and flare leg, skinny or cropped styles.

For the Chief Design Officer, seeing Blue Delta develop as a progressive fashion company in Mississippi has been a full circle experience.

Many of Blue Delta’s employees came from backgrounds in garment manufacturing — men and women who lost their jobs when the companies for which they worked moved their operations overseas.

“We were able to tap into a bunch of talent,” Benjamin said. “While Mississippi isn’t known for fashion, this is actually a product that fits perfectly here in the Tupelo area.”

Even though Benjamin has been with the company for nearly a decade, his favorite part of the job remains unchanging.

“I love being able to get people in jeans that are specific to them,” he said. “I see their eyes light up when it fits perfectly.”

The best way to get your own pair of Blue Delta Jeans is to visit their website at bluedeltajeans.com. While online, you can peruse a variety of fabrics and styles for both men and women. If you’d like to get measured in person, you can stop by their headquarters just outside of Tupelo or attend a Blue Delta event. Or, you can find your custom fit online with a virtual tailor.