Mississippi handbag designer surprised to be selected by Paris Fashion Week. She needs help getting there. 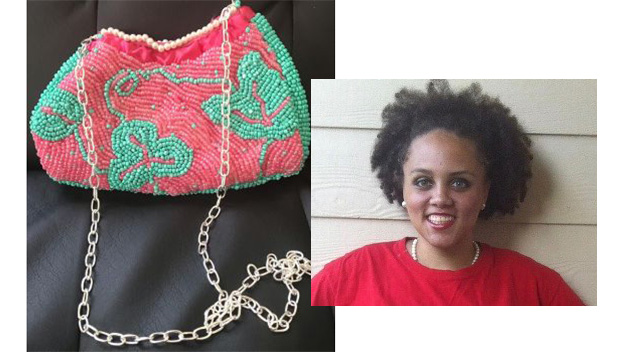 A Mississippi handbag and jewelry designer shot for the stars and hit her target, but now she is asking for community support to help take her next big step.

Oxford’s Timber Heard was recently surprised when she was selected out of thousands of applicants to an exclusive program open to new talented independent designers from across the globe.

Heard designs handbags and jewelry pieces and creates custom orders for customers through her business. She would normally keep her website updated but currently, she is too busy preparing for her Paris Fashion Week debut.

The artist pulls from cultural art and their custom-made designs for her own work, but her biggest influence is the Bible. More specifically, Mark 5:41, where Jesus raises a little girl named Talitha Kumi from the dead by saying to her, “Get up.” The story inspired Heard so much that she named her business Talitha Kumi and sets that story and the lessons of the Bible as the foundation for everything she does.

Heard recently finished up her first year in ‘The Arts Incubator,’ a grant with the Yoknapatawpha Arts Council, and applied for the Paris Fashion Week program on a whim. The program is open to new designers all over the world, to show the fashion industry which brands Paris Fashion Week believes are the “Ones To Watch.”

The PFW designer panel reviews hundreds of applications from around the world and carefully selects designers to present with Flying Solo during Paris Fashion Week.

To her surprise, Heard became one of 70 designers/brands to be selected out of thousands of applicants.

“I was more than astounded,” she said. “I thought it was a scam at first. I researched it, I talked to the headquarters, talked to the founder of Flying Solo and it checked out.”

As a one-woman operation, she said she finds the opportunity exciting but daunting.

Through this opportunity could get Heard’s designs featured in Flying Solo’s boutique in New York, 12 of her pieces featured in Paris Fashion Week, and expand her business to bigger and better things.

However this amazing opportunity does come at a cost. The accelerator program requires supplies, photography, marketing materials, the travel fare just to get to Paris for the showcase and lodging. Heard has started a GoFundMe page to rally donations. The first $1,300 needed was donated by a close family member, but community support is needed for her to raise $8,000-$10,000.

Heard said she has never been out of the country, which is causing some anxiety, but she is holding on tighter to her faith to get her through.

“I’m really asking for prayers about this whole thing,” said Heard. “There’s still some things I’m a little worried about, but I know God said ‘Don’t fret.’ I really want to help people with this brand and it’s about spreading the gospel of Christ and helping people come up.”

Heard said she wants to continue the growth, in her business and in personal life, through God. There have been stumbles along the way, but she is moving towards improvement.

“I’ve said things online I am not proud of and I’ve done things I am not particularly proud about because neither was done with the correct heart posture,” she said. “But I also understand that true grace is undeserved.”

Through her own experience with bi-polar disorder and homelessness, she said there is so much more she wants to but she is going to allow Jesus to lead her. Service community is key to her brand. Heard regularly donates 10% of her profits to the Community Church of Oxford and advocates for mental health and homelessness.

“There is so much systemic mess in Mississippi, in the South and in the world, but Joe Stinchcomb said, ‘If Mississippi changes, the world changes,’” said Heard. “If I could be a small part of that, that would be dope. But even if I’m not, I can help spark that in somebody else.”