Mississippi cop videoed putting knee in back of suspect given 15-day suspension, put on probation 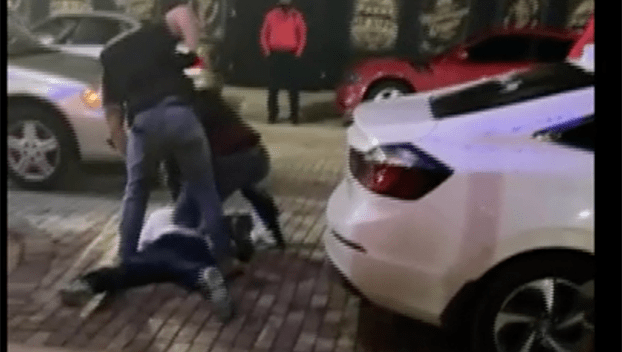 Vicksburg police officer Eddie Colbert was given a 15-day suspension without pay, placed on 45 days probation and ordered to complete an anger management class upon returning to work following a Sunday incident in which he used excessive force while arresting an individual on Washington Street.

The Vicksburg Board of Mayor and Aldermen handed down the suspension after an hour and 20-minute executive session with Police Chief Penny Jones and the police department’s three deputy chiefs. Mayor George Flaggs Jr. said the penalty was recommended by an investigative committee that reviewed the facts and video surrounding the incident.

“The board has agreed to support the decision of the investigative committee led by Chief Penny Jones,” Flaggs said.

The closed session included several videos from Sunday night when the incident occurred. Colbert, who arrived just after the board went into the closed session, testified on his own behalf and spoke to the board.

The investigation into Colbert’s actions during the arrest of John Dolley early Sunday morning began after a video was placed on Facebook showing Colbert apparently slapping and pulling Dolley to the ground. Colbert and five other officers were called to the 1300 block of Washington Street about a disturbance involving Dolley. Dolley was later charged with disorderly conduct and disturbing the peace, which are misdemeanor charges. He is out on bond.

“The behavior of the officer was indefensible in my opinion, but it did not rise to a level of termination,” Flaggs said after the meeting. “There was an opportunity where this young man could have been arrested way before Officer Colbert arrived.”