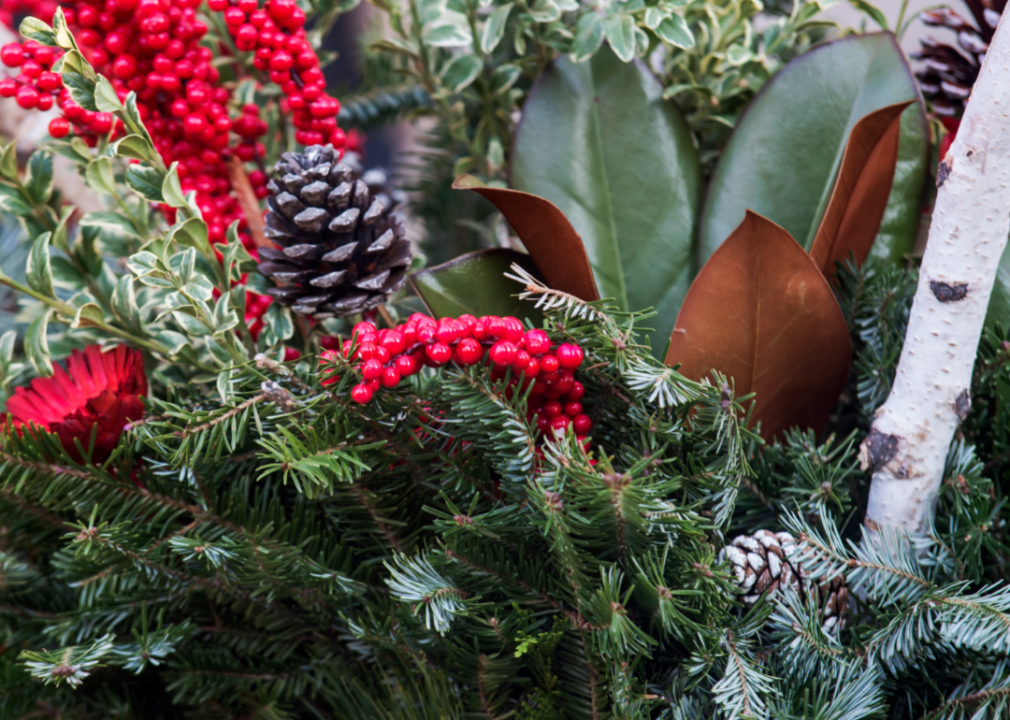 Set out the menorah and turn up the Mariah Carey tunes—it’s the most wonderful time of the year. Over the next couple of months, 46 million turkeys will be consumed at Thanksgiving, 93% of Americans will celebrate Christmas—purchasing between 25-30 million Christmas trees in the process, and one in every 14 revelers will observe the festival of Hanukkah. That’s a lot of festivity.

Regardless of which holidays you choose to celebrate, it’s likely that you have a number of traditions that are an important part of the season. After all, it’s the observance of these traditions, whether adhered to as a larger society or as individual families, that sets these weeks apart from the rest of the mundane year.

In honor of the holiday season, Sunday Citizen compiled a list of celebrities’ favorite holiday traditions, using information taken from interviews, personal blogs, and social media posts. Some of them are more common—one celebrity loves making veganized Hanukkah treats, while others are a little more out there—like the country crooner who cooks up a big Italian feast on Christmas Eve. Regardless of where they fall on the scale, a peruse through these traditions is sure to leave you inspired to add something new to your own holiday rituals. 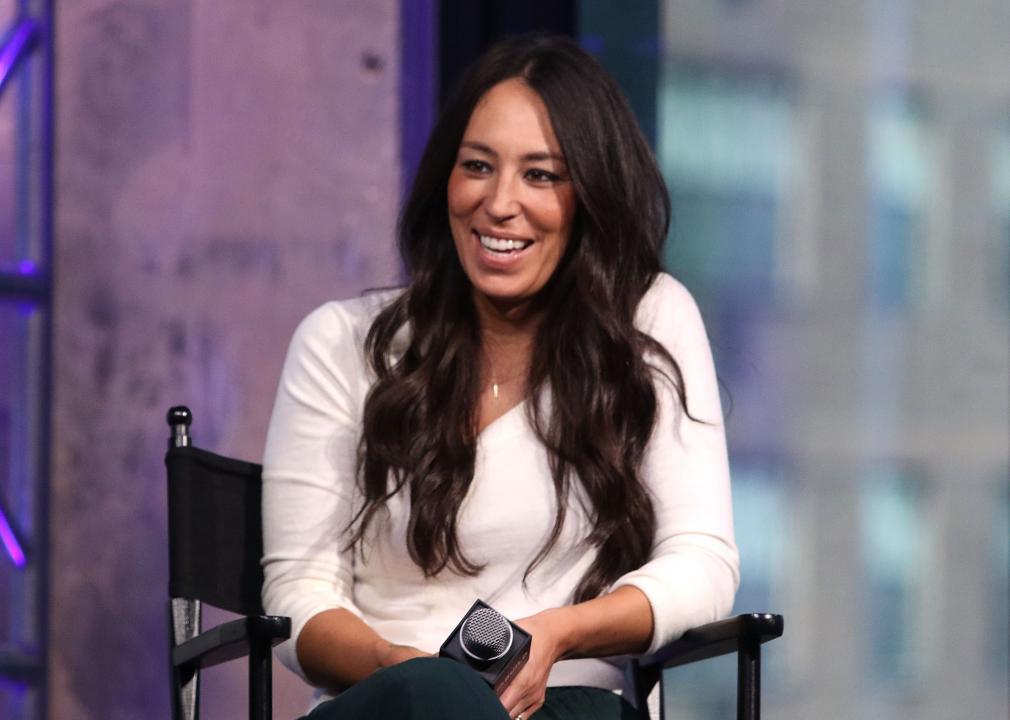 Magnolia co-founder and home renovator extraordinaire, Joanna Gaines has a keen eye for aesthetics and holiday traditions. On her Magnolia blog, Gaines shared one of her favorite holiday practices: gifting each child a personalized ornament that represents a big moment or accomplishment in their lives over the past year. She told readers that the idea actually came from her husband Chip’s mom, Gayle, who started the tradition when she gave a newly married Chip and Joanna a red Radko ornament.

Christmas ornaments are thought to have originated in 16th-century Germany. The Culture Trip reports that it wasn’t glass baubles, but candies, apples, nuts, and berries that were first used as festive decorations. However, it wasn’t until the late 1840s that the practice really took off in the United States, and families began collecting designated ornaments to reuse on their trees annually. 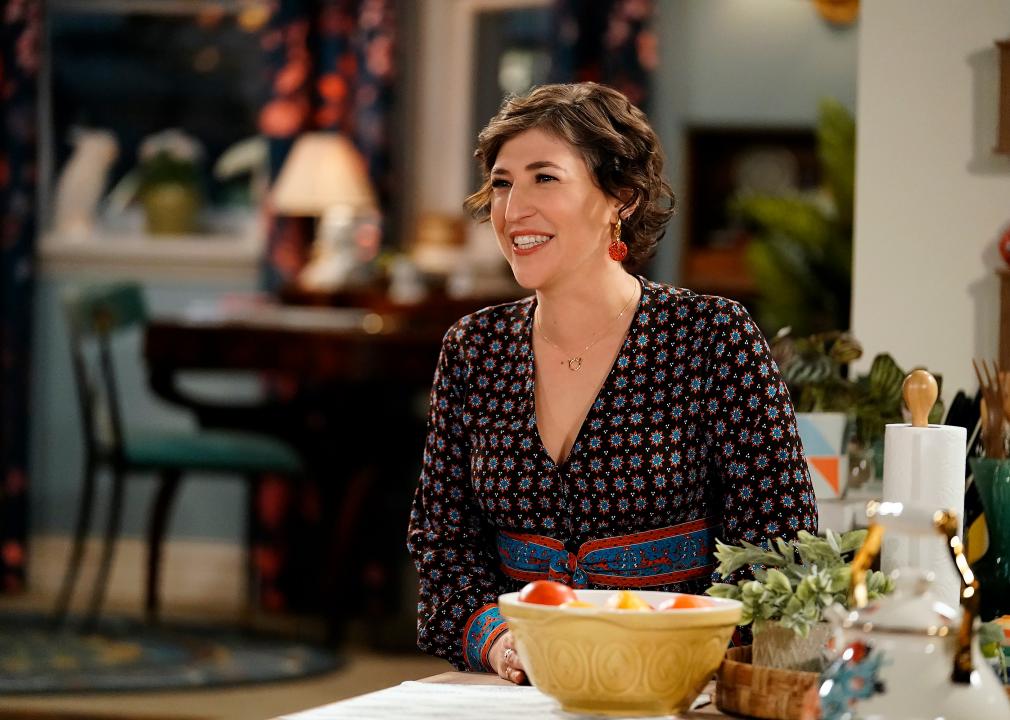 Many fans may not know that Mayim Bialik—the star of “Blossom” and “The Big Bang Theory,” as well as the newly announced host of “Jeopardy!”—is Jewish. She’s also vegan. One of her favorite Hanukkah traditions, as evidenced by her Instagram page, is making dietary appropriate versions of the holiday’s customary treats like latkes and sufganiyah.

On one of her Hanukkah cooking posts, Bialik wrote, “Once a year we fry everything in oil and it’s miraculous and delicious.” The tradition of eating fried food stems from the miracle of Hanukkah, in which a small jar of ritually pure oil, necessary for keeping the menorah lit, lasted for eight days. To remember God’s faithfulness, modern-day Jews have been frying food in nonritually prepared oil since at least the 12th century. 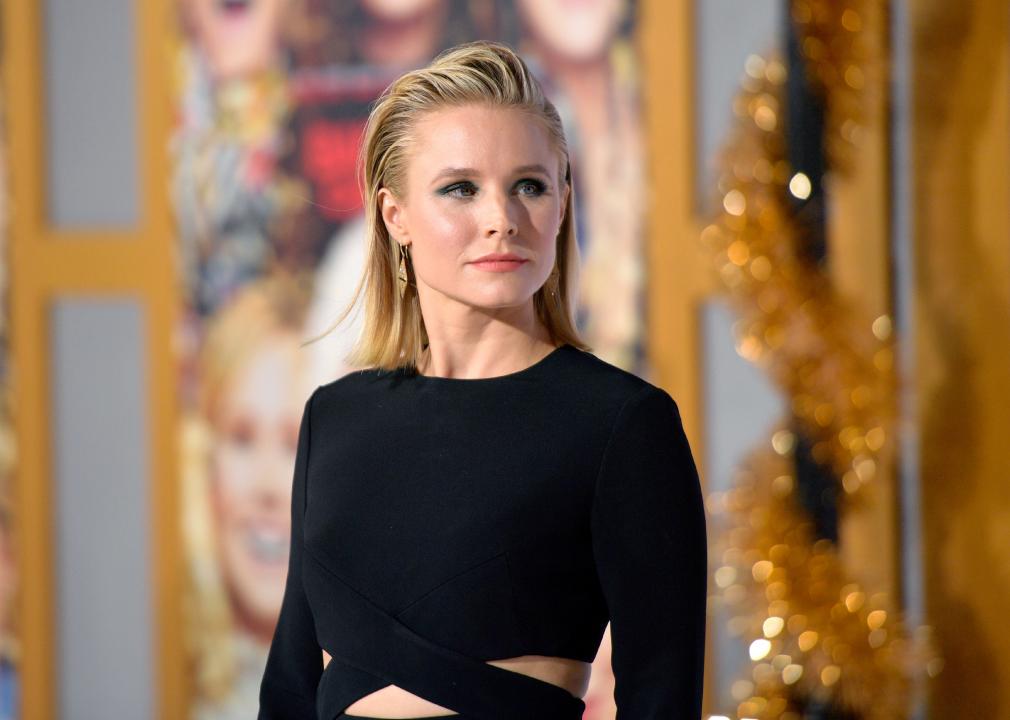 Many families travel over the holidays, and the Bell-Shepard family is no exception. Actor Kristen Bell told People magazine she takes an annual road trip with several other friends and their kids to an Airbnb in Mammoth, California. She told the outlet the group explores the snow and plays games and that “… it is a nice way to reconnect with your friends after the holidays.”

Since the pandemic began, more folks are choosing to travel by road than air. One study found that 68% of those traveling in 2020 were planning to do so by car or RV. Given the current state of the pandemic, it seems reasonable to assume these road trip numbers will stay elevated through the 2021 holiday season as well. 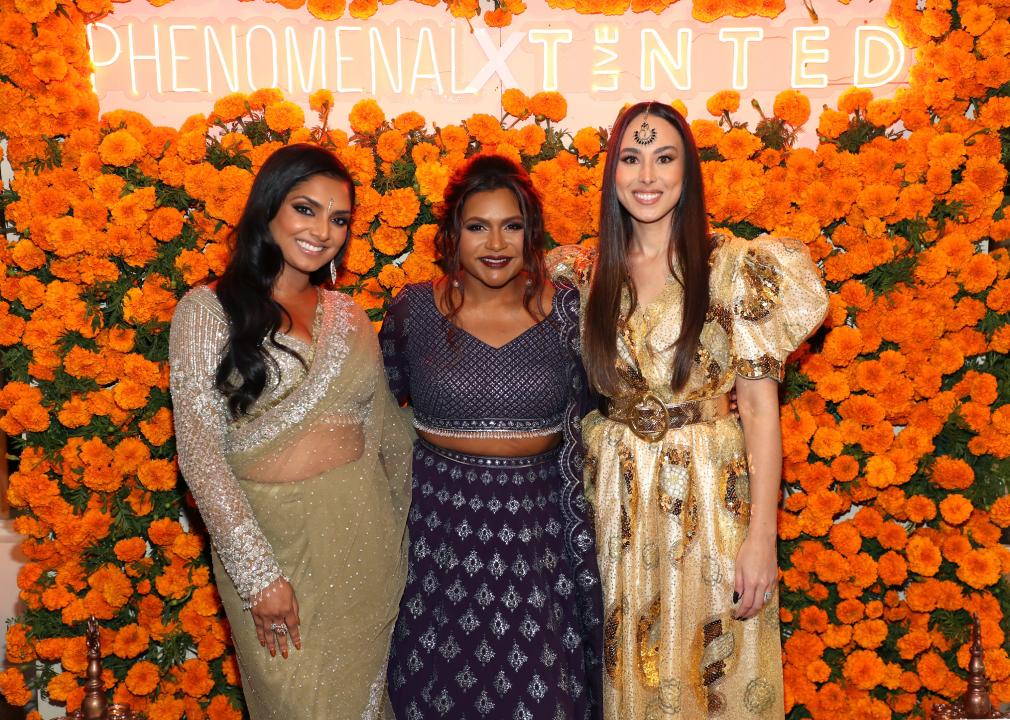 Mindy Kaling loves to throw a good Diwali party. Whether it’s an intimate backyard event, like the one she threw for her “Mindy Project” co-stars and BFF B.J. Novak in 2014, or a more extravagant bash thrown in tandem with a sponsor like Phenomenal x Live Tinted and covered by Vogue, she enjoys bringing people together to celebrate the festival of lights each year.

The biggest Hindu holiday of the year, Diwali celebrates “the triumph of light over dark and good over evil,” according to NBC News. A five-day festival, each day of Diwali has a different focus and different traditions, from cleaning the home to cooking specific foods to lighting lanterns and exchanging gifts. Currently, Diwali is not a federal holiday in the U.S., though there has been a push in recent years to make it a nationally observed event. 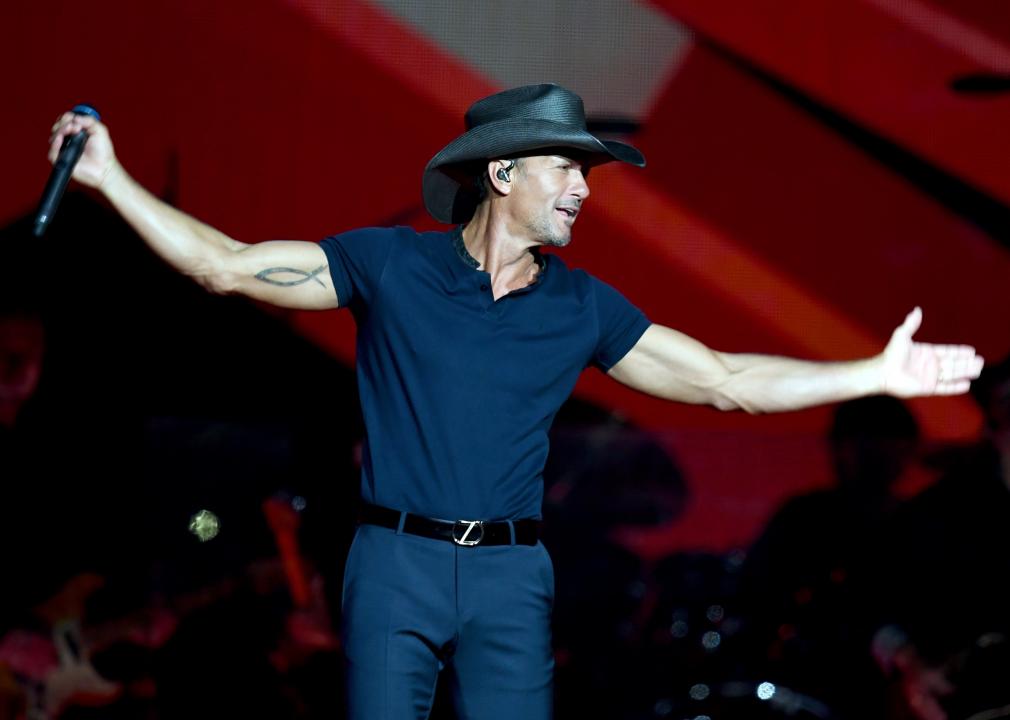 Country crooner Tim McGraw has a truly unusual favorite Christmas Eve tradition: preparing spaghetti and meatballs for his family. He told “Country Countdown USA,” “I’m in charge of the sauce. It’s a two-day process because I start the day before. I’ve got a lot of secret ingredients … ” The meal reportedly has its roots in McGraw’s Italian heritage.

A big pasta dinner on Christmas Eve isn’t necessarily the tradition in Italy. Usually a day of fasting in the largely Catholic country, on Dec. 24 traditionalists partake in the Feast of Seven Fishes, which contains plenty of seafood and very little pasta or meat. 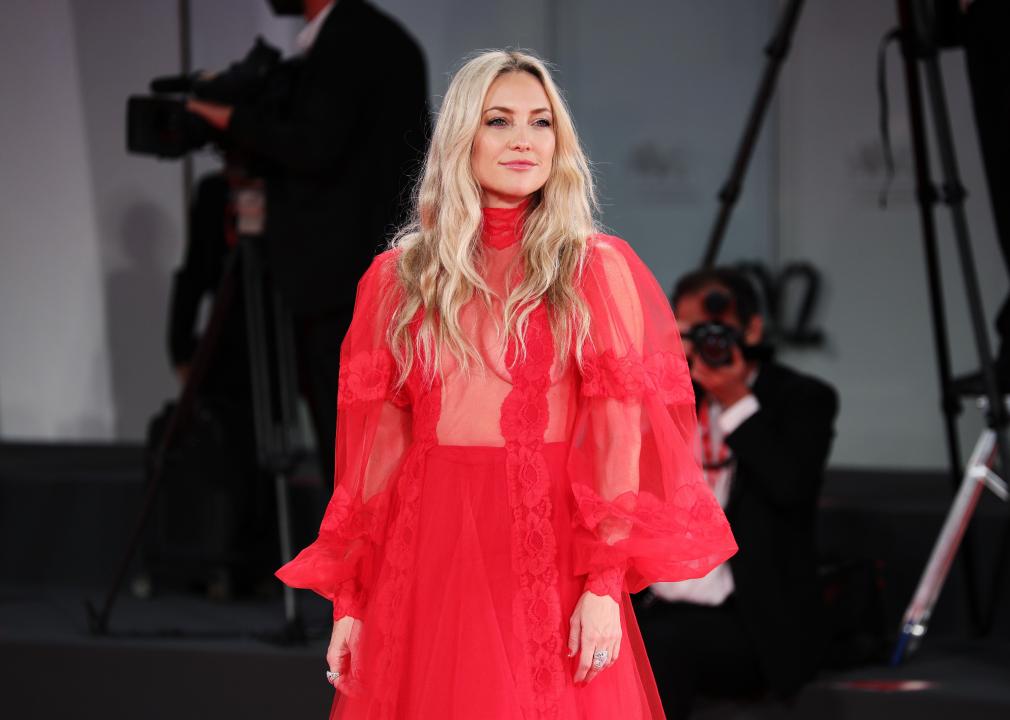 For many, the new year is a time for setting intentions, whether that means letting go of things that no longer serve you or resolving to develop new habits that do. Kate Hudson and her family have a way of doing this that’s more physical and visual than simply writing a list or making a mental note. In an interview for her Fabletics brand, Hudson revealed “every New Years, we build an enormous bonfire outside our house. We write down everything we want to be rid of and we throw it into the fire. We talk about the things we’ve accomplished and the things we didn’t. It’s beautiful.”

Making resolutions for the upcoming year is an old tradition that, according to The Washington Post, dates back to the time of Julius Caesar, about 49 B.C. Originally, New Year’s resolutions were moral in nature, with individuals vowing to do things like be nicer to neighbors or be more honest, as opposed to the self-betterment route many take today. 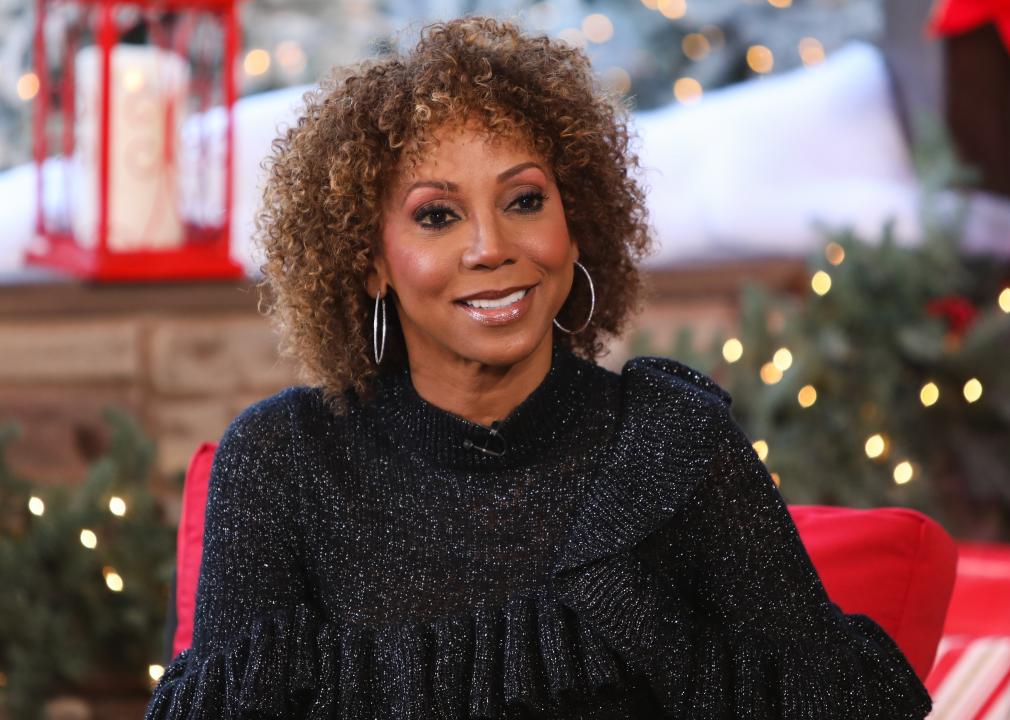 Actor Holly Robinson Peete revealed on her Instagram that she looks forward to lighting the seven Kwanzaa candles with her family each year. She told BCK Online, “My kids learn more about their culture and heritage during these seven days than they do all year at school. I just really like celebrating Kwanzaa.”

First introduced in 1966, Kwanzaa is a seven-day festival that takes place from Dec. 26 to Jan. 1, honoring African heritage and African American culture. During the week, seven different principles that are meant to represent African culture and reinforce African American values are discussed, and a candle is lit for each. The values, or nights of Kwanzaa, are: unity, self-determination, collective work and responsibility, cooperative economics, purpose, creativity, and faith. 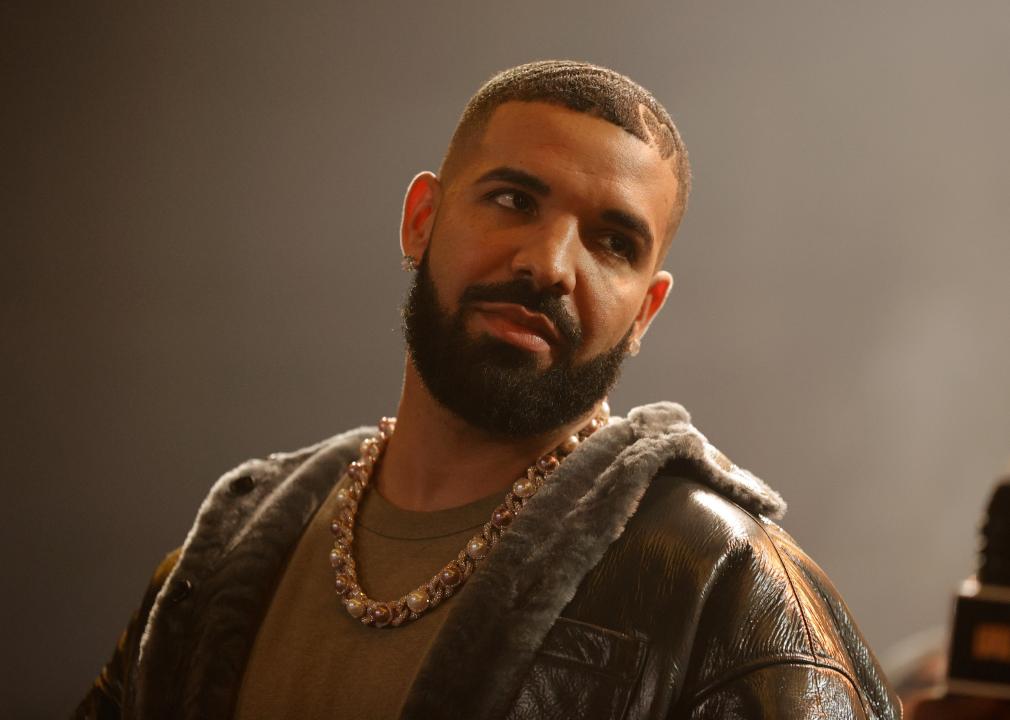 Another celebrity whose Jewish heritage often flies under the radar, Drake regularly celebrates the culture’s biggest religious holidays including Passover and Hanukkah. In one Instagram snap simply captioned “Annual festivities,” the Canadian rapper can be seen sipping on adult beverages and playing dreidel games with his pals.

One of the winter festival’s most famous traditions, dreidel games were originally created as a way for Jews to study the Torah and learn Hebrew after a Greek king outlawed both activities in 175 B.C. Simple enough for all ages to enjoy, the spinning top game uses chips and a four-sided dreidel and ends only when one player obtains all the chips. The sides of the dreidel translate to “a great miracle happened here,” reminding players once again of the significance of the holiday. 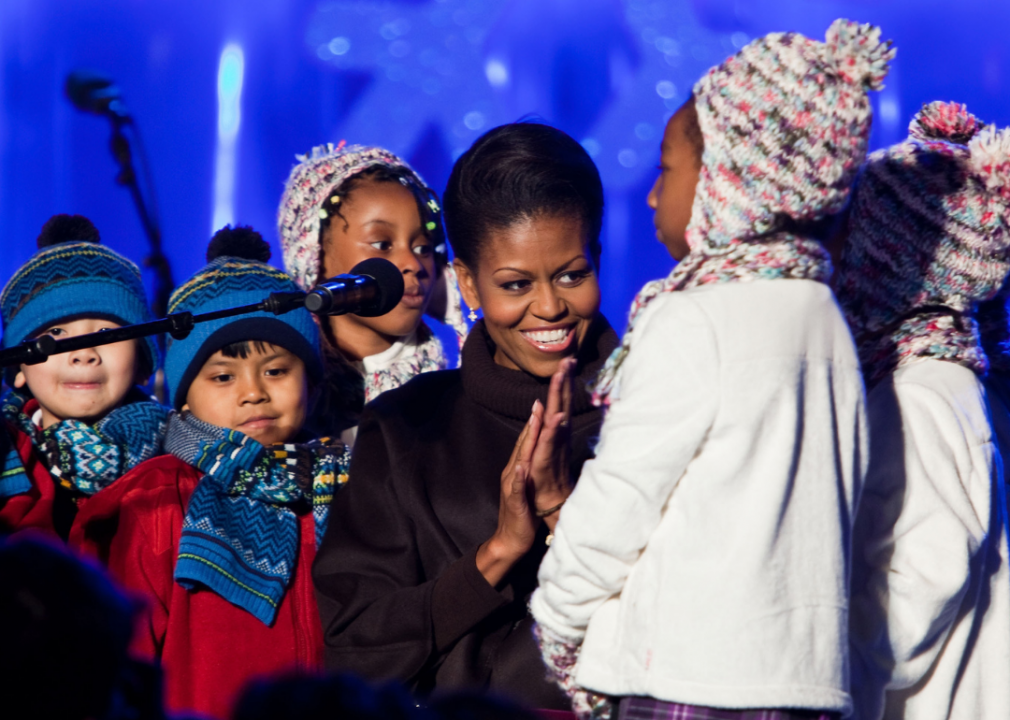 In 2013, former first lady Michelle Obama told Ladies’ Home Journal about one of her family’s favorite holiday traditions: a Christmas talent show. She explained, “Our extended family was so large, people couldn’t really afford to buy gifts for everyone. So a couple of my aunts would go out and purchase small gifts. They would put them in a basket and in order to get a gift you had to perform. You could tell a joke, read a poem, do a backflip—anything counted. It’s a tradition that we’ve carried on today.”

In the United States, the tradition of giving gifts at Christmas dates back to the mid-1800s, when the holiday went from being a public, or social day, to a more home and family-centric day, and capitalism was on the rise. The Atlantic writes that “Christmas gift-giving … is the product of overlapping interests between elites who wanted to move raucous celebrations out of the streets and into homes, and families who simultaneously wanted to keep their children safe at home and expose them, in limited amounts, to commercial entertainment.” 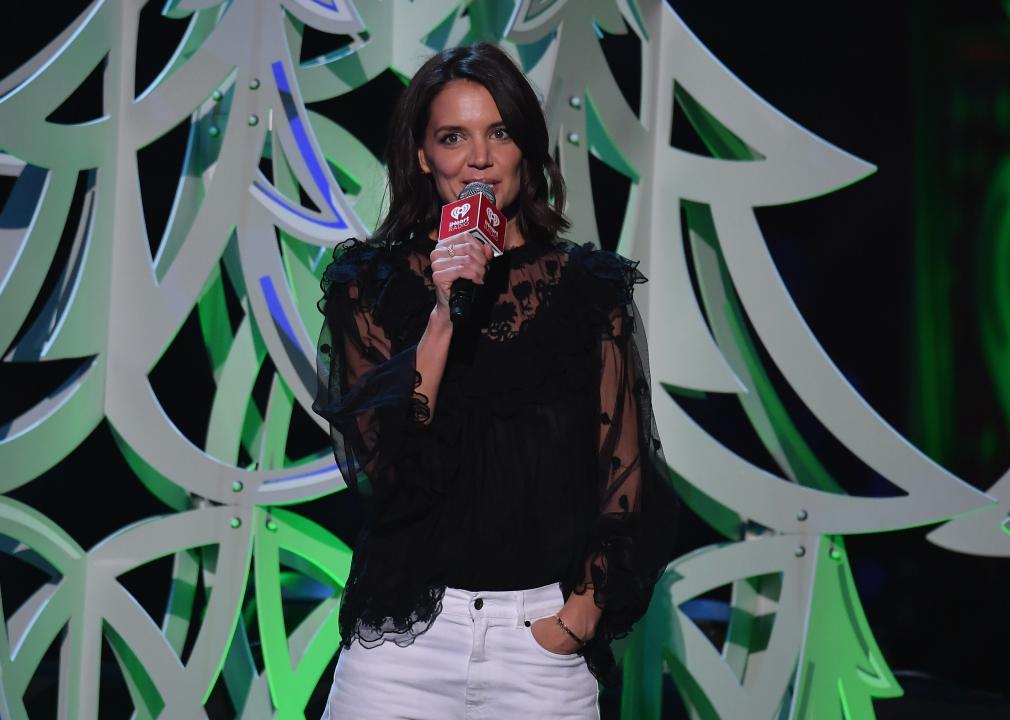 For many of you, the most movement you’ll do on Thanksgiving is walking from the dinner table to the couch. But not Katie Holmes. The actress told Jimmy Fallon she looks forward to running a race with her family each year, saying “Many years ago, my dad started this tradition where we all do this run in the local park. It’s a three-mile run called the ‘Turkey Trot.’ There’s even a prize, which I haven’t won yet. But it’s really fun.”

The first Turkey Trot on record took place in Buffalo, New York, in 1896, when six brave individuals set out to jog 8K after eating their big meal. Now the oldest continuous foot race in America, the event inspired hundreds of copycat events around the country. Runner’s World reports that in 2015, Thanksgiving became the most popular day of the year to run a race.

This story originally appeared on Sunday Citizen
and was produced and distributed in partnership with Stacker Studio.