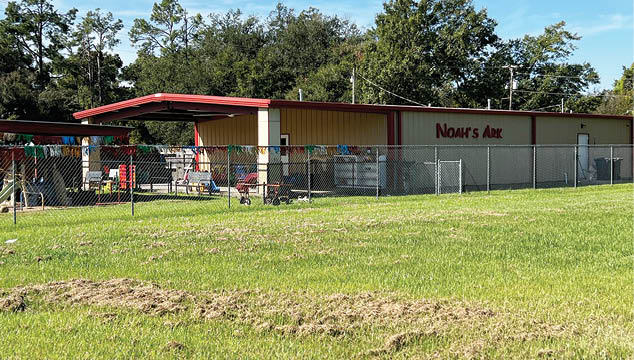 A child care facility that serves parents in two Mississippi River communities has been closed in a child cruelty investigation that has resulted in the arrest of three people.

Three women have been arrested in connection with an ongoing child cruelty investigation at Noah’s Ark Christian Childcare which serves parents in Natchez and the neighboring community of Vidalia, Louisiana.

During the course of the investigation, Louisiana State Police became involved.

She and Julianne Perales, 26, who had been arrested on 11 counts of cruelty to a juvenile Tuesday, were both employees at the daycare center, Wallace confirmed.

Jail records also show that on Friday, Concordia Parish Sheriff’s Office arrested Taylor Ragonesi, 19, on three counts of cruelty to a juvenile prior to LSP beginning their investigation.

Wallace said the daycare has been closed for this investigation.

He added that he could not give further details about the case because it is ongoing.

“As far as what has taken place, we cannot disclose any of that until we’re done with (this investigation),” he said.

He said more arrests and charges are possible.

Owners of the daycare could not be reached for comment.

Man who shot his wife, then sexually assaulted her…