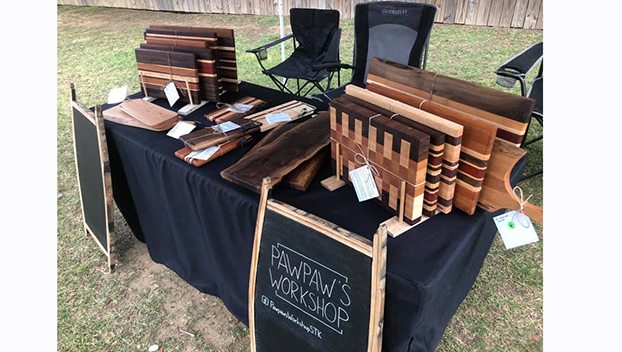 When Richard Sparks Sr., of Pearl, died in August of 2020, his family had the daunting task of cleaning out his woodworking shop.

The shop, described by his only grandson Ryan Sparks of Starkville, was 30 feet by 30 feet, about two cars wide and a car and a half deep. It was full of various woods, table saws, clamps and, of course, lots of sawdust — a testament to the workshop’s frequent use.

“I did a bit of woodworking with him throughout my life,” Ryan recalled Oct. 2 at the Cotton District Arts Festival in Starkville. “We usually made toys together.”

The workshop burned down twice during Ryan’s lifetime, he said with a laugh. The first time, his grandfather was grinding a lawnmower blade and sparks from the work caught some sawdust on fire. The second time, the cause was electrical.

But Richard rebuilt and kept doing what he loved.

After inheriting his grandfather’s tools, Ryan said he gathered what he thought he could use and crammed it into the garage at his home in Starkville. The rest — about two-thirds of his grandfather’s collection — he gave away to family and friends. Now, he uses the tools to craft one-of-a-kind cutting boards and other items, which he sells as part of his business, Pawpaw’s Workshop.

Ryan, who works at PACCAR, a manufacturer of truck engines in Columbus, started using his grandfather’s tools to make cutting boards.

“They’re not difficult and you can be creative,” he said.

The most difficult pieces Ryan said he produces are the basketweave cutting boards. It takes about three days to complete the project. Two different woods with contrasting colors are cut, stacked into the pattern and then glued. It takes about a day for the glue to dry to the point where Ryan can work on the wood again.

The process is repeated several times until Ryan has a long enough length of wood to make the board. Then the pieces are cut to the length of the cutting board and stacked so that each row’s end corresponds with the next row’s beginning, making the basket weave pattern. The entire piece is glued together one last time to make an intricate, unique cutting board.

To finish his products and give them a shine, he treats them with a mixture of food-safe mineral oil and beeswax. He noted that all dirty wooden cutting boards should be wiped down with soap and water and dried as soon as possible to prevent damaging the wood.

“Don’t submerge or put a wooden cutting board in a sink filled with water or you’ll damage it,” Ryan said.

He has sold his goods at the Louisville Spring Fling Market, Starkville Community Market and Starkville’s Family Funday. His items can be found online at https://www.facebook.com/PawpawsWorkshopSTK/.

Later in his life, Pawpaw Richard Sparks Sr. made cutting boards for friends and family.

“It’s great,” Ryan said of working in his own shop with his grandfather’s tools. “It’s like I’m helping Pawpaw and making it in his shop.” 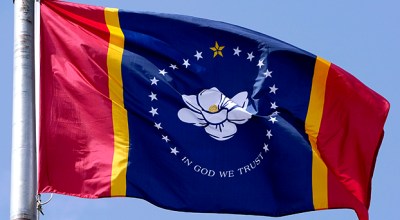 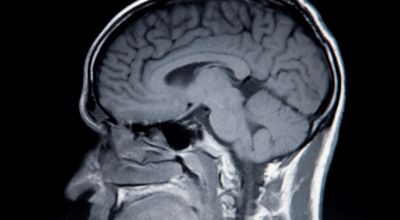