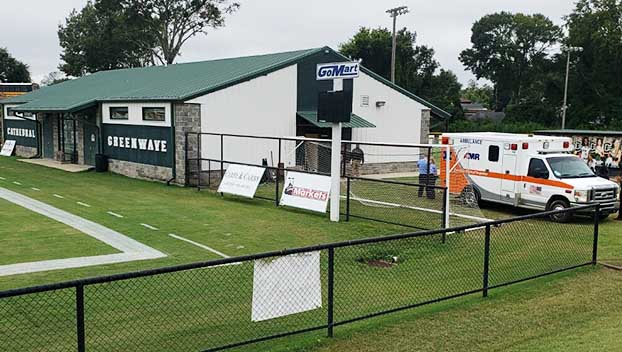 Officials at a Mississippi school were shocked Thursday morning when they discovered a dead body inside the school’s football field house.

Natchez Police Chief Joseph Daughtry said investigators are still working the case, but believe the dead person apparently was attempting to break into the field house near the stadium at Cathedral High School in Natchez and fell through the roof to their death.

The body had not been identified, he said Thursday morning.

Jessica Carter, lead administrator at Cathedral, was in the process of notifying parents of students about the incident and said she would comment at a later time. School officials said no students saw the body before law enforcement authorities were called.