After serving time in prison for one crime, a  man now faces charges in a fatal drunk driving case that killed one man and injured another woman when he allegedly drove his vehicle while intoxicated into a Mississippi casino shuttle that was carrying patrons. 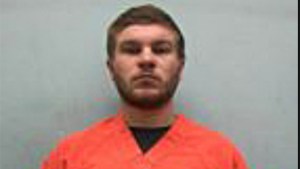 The charges stem from a 2018 fatal wreck at the foot of the Mississippi River bridge that connects Natchez with Vidalia, Louisiana.

In 2018, Vidalia Police Chief Joey Merrill said Mooney fled from a Vidalia Police officer who observed him running a red light in Vidalia,. Instead of yielding to the officer’s lights and sirens, Mooney reportedly drove erratically past other vehicles and sped cross the Mississippi River Bridge.

According to police, Mooney then exited the bridge and collided with a Magnolia Bluff’s Casino shuttle, which was carrying four patrons and an employee of the casino on John R. Junkin Drive, Merrill said.

During the wreck, Casper Parker was killed and Elizabeth Sawyer. was seriously injured.

Mooney was indicted in October 2020 and was booked in the Adams County Jail on Monday after serving jail time at an out of state facility . Officials did not say for what crime Mooney was serving time.