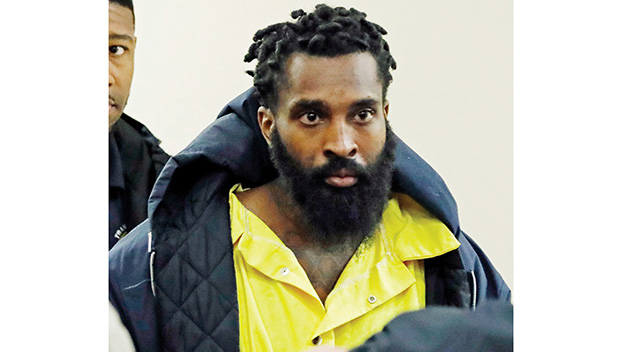 Jury selection has been scheduled for the upcoming trial of the man accused of killing Brookhaven police officers Zach Moak and James White in 2018.

Special Judge Richard W. “Dickey” McKenzie, appointed to the case by the Mississippi Supreme Court in July 2020, told those present at Tuesday morning’s hearing that a jury will be selected from Lafayette County beginning Nov. 8 for the capital murder trial of Marquis A. Flowers.

Flowers was charged in December 2018 with two counts of capital murder in the shooting deaths of Moak and White, who were killed at a residence on North Sixth Street, Brookhaven, in the early morning hours of Sept. 29, 2018.

Flowers was also charged with a felony count of possession of a firearm by a convicted felon.

McKenzie stated for the record that he had met with both the defense and prosecution teams — defense attorney Kelsey Rushing and his assistant, and District Attorney Dee Bates and Assistant District Attorney Brendon Adams — in chambers and discussed possible venues and dates for jury selection. With the results of that meeting announced, the judge informed the court that the location of the trial would be within the 14th Circuit Court district beginning in November, either at the Pike County Courthouse in Magnolia or the Lincoln County courtroom in Brookhaven, depending upon COVID restrictions and space needed. The final determination will be made closer to the trial date.

After a mere four minutes in open court, with nothing to add from either legal team, Flowers was escorted out and court was dismissed.

Mississippi reports second day in row with no new…