Ole Miss reaches the pinnacle of college baseball with first ever No. 1 ranking 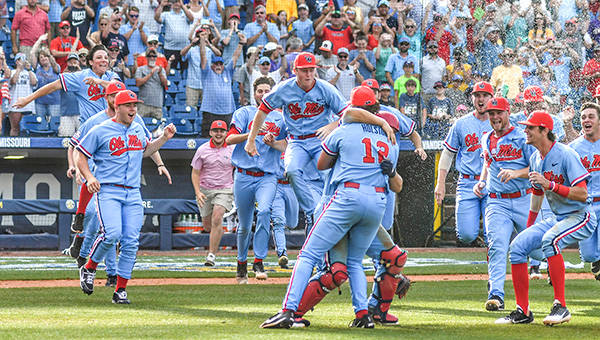 For the first time in program history, Ole Miss is number one in baseball.

After defeating #13 TCU and #3 Texas Tech over the weekend in the State Farm College Baseball Showdown in Arlington, Texas, Baseball America has put the Rebels at the top of its rankings.

Ole Miss started the season at No. 4 and were able to take the top spot when both Florida and UCLA lost two games on their opening weekends.

The Rebels haven’t lost a baseball game since February 15, 2020. Their current winning streak is now at 18.

In-state rivals Mississippi State stayed put at number 8 after splitting their first two games in the same tournament in Arlington.

The two are scheduled for a weekend series in Starkville April 16-18.