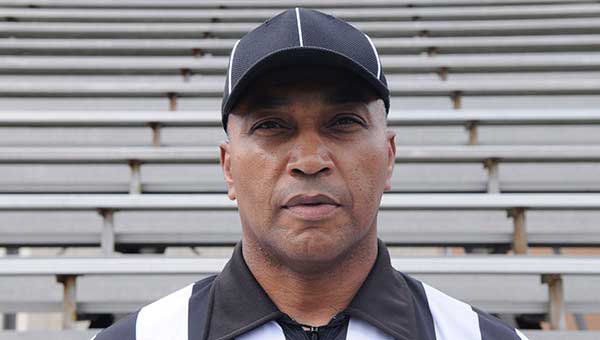 It wasn’t the big time. It wasn’t even under the Friday night lights. It was a long-forgotten junior high game, kicking off a little bit before sunset on a random weeknight. It was a humble beginning, but also the start of a long journey that has taken him to the pinnacle of the sport.

Carson, a Vicksburg native who now lives in Raymond, will be part of the nine-person officiating crew for the College Football Playoff National Championship Game Monday night in Miami. He will serve as the side judge as Alabama (12-0) plays Ohio State (7-0) for college football’s top prize.

“It’s a huge honor, and I’m certainly grateful for it. But we all work hard every snap to get everything done with a lot of integrity,” Carson said. “You go out on the field with a lot of rules knowledge and apply those rules only when necessary, and let the outcome be determined by the student-athletes. That’s always the goal, and we let others make the decisions to put you on the field.”

Carson’s officiating career began in the mid-1990s, when he worked high school football and baseball games in Mississippi. It didn’t take him long to move up the ladder.

By 2001, he was officiating college football games in the Division III American Southwest Conference. He joined the Southwestern Athletic Conference in 2003, and in 2008 was on the officiating crew for the league’s championship game.

That same year he was invited to join the College Football Officials West Region, which assigns officials to several Division I conferences. Carson has worked in the Mountain West and Big 12 ever since.

“As youthful officials, we all dream of being in those big games. We prepare and hope that it comes to fruition. But to be honest, I just wanted to perform as well as I could on that night all those years ago,” he said with a laugh. “Thankfully I did, and thank God for all the moments in between and all the officials who helped me elevate my game.”

Carson now works solely in the Big 12, was selected to work his first Big 12 championship game in December. He learned early last week that he was getting another postseason assignment — the biggest of them all, in fact — when his Big 12 crew was picked for the national championship game.

“First thing you do is you thank God,” he said with a laugh, describing his reaction to learning of his selection. “After that, you come down from that emotion and get to work studying film review and rules, and talking to your other colleagues and preparing. Once you get the call, the game starts for us. It doesn’t start on game day. It started the moment I got that call.

“I’m grateful I was given the opportunity to do the Big 12 championship game, first of all, and then to get the call for the national championship is totally amazing.”

Since getting the assignment, Carson said he has been in his normal pregame mode.

The side judge is responsible for calls down the field, primarily passing plays, pass interference and downfield blocking. To prepare, Carson will watch film of both Alabama and Ohio State to learn their tendencies inside and out. That, combined with a deep base of knowledge accrued over 25 years in the game, helps him to make split-second calls without hesitation.

If he does his job well, Carson said, no one will even know he was there — even if he’s among the best of the best at what he does.

“It’s hard work and the glory of God,” he said of the opportunity. “Each of us, our goal every year is to get better and apply ourselves to where every game, every play, every snap matters and let the outcome be determined by the student-athletes. I’m just happy to have gotten the opportunity to do the game.”

NATIONAL CHAMPIONSHIP GAME
• Alabama (12-0) vs. Ohio State (7-0)
• Tonight, 7 p.m., at Miami
• TV: ESPN and its assorted spinoff channels ESPN2, SEC Network, ESPN News and ESPNU will each offer different perspectives on the game and different versions of the broadcast.