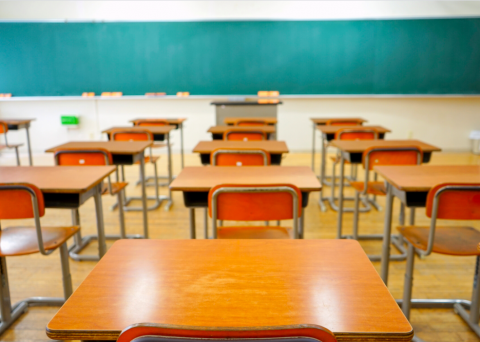 More than 23,000 fewer students are enrolled in Mississippi public schools this year than last year, and a spokesperson for the state Department of Education did not answer when asked where the students went.

Public school enrollment in Mississippi has steadily declined in recent years, but the most recent school year (2020-2021) shows 23,286 fewer students are enrolled in the public school system this year compared to 2019-2020 — a 5% decrease from last school year.

On Monday, State Superintendent Carey Wright said at an online event hosted by Mississippi State University’s Stennis Institute of Government and the Capitol Press Corps that the Mississippi Department of Education was looking into the matter.

Wright said the department is working to gather data about the number of students who have gone to different options, such as private school or home schooling. She plans to meet with attendance officials within the department later this week, she said.

“We are directing districts to have school attendance officers to track down any child who was in school last year and not in school this year to find out where they are,” Wright said. “My goal is to make sure they are in a learning environment. If parents decided to do home school, or private school, that is certainly their choice. What’s not the choice is to just not do anything.”

State law requires all children (ages 6-17) to be enrolled by a parent or legal guardian in public school or a “a state approved, nonpublic (private school), or educating the child at home in an organized educational program.” Additionally, 5-year-olds enrolled in kindergarten are also subject to the same rules outlined in the law.

“We know the pandemic has impacted schools across the country, including in Mississippi,” the MDE spokesperson said in an email. “That is why School Attendance Officers (SAO) are working with school districts to identify compulsory school-age children whose families have not re-enrolled them in local public schools and have not submitted a home school enrollment form to their local SAO.”

This school year is unprecedented in that the coronavirus pandemic has forced districts to revise how they deliver instruction. Though some still offer traditional in-person schooling, many are entirely virtual or use a hybrid model, making it difficult at times for some schools to keep track of where students are.

Jefferson Davis County High School was one of the schools that opted for virtual learning. But it has been challenging to teach and reach students due to internet and transportation issues, said Taylor Copeland, high school social studies and French teacher. Copeland, a first year teacher at Jefferson Davis, teaches 109 ninth graders in her history classes and 14 students in her French class.

Only 25 show up consistently for their Google Meet class sessions. The majority of her students have been issued packets and some students have not been reached at all, she said.

“A number of students we’ve reached out to with calls, home visits, and not doing the work at all … I understand some are very self motivated and parent motivated and some, they’re 14-years-old,” Copeland said in a Zoom interview. “I could be teaching all 109 of my students, but that’s not the reality.”

This year 442,627 students are enrolled in public schools. This figure represents average daily attendance as of Sept. 30, or the average number of enrolled students who attend school each day.

The largest drops in enrollment occurred in the younger grades, with pre-K and kindergarten each seeing more than 10 percent changes.

“The annual decline in student enrollment corresponds to a decline in the overall population of the state,” the department told Mississippi Today. “Mississippi and states throughout the country are seeing larger-than-expected drops in enrollment this year, particularly in the early grades beginning with pre-K.”