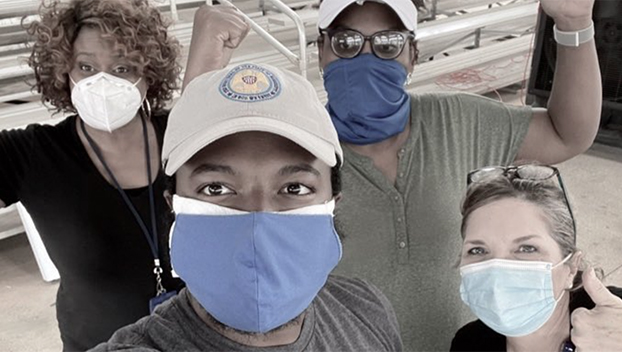 Anderson tagged Gov. Reeves in a tweet urging him to close bars, clubs, indoor dining restaurants, and sporting events. He says hundreds of Mississippians could die if action is not taken.

Wear a mask! Governor @tatereeves—we’re in a crisis. We need another statewide mask order, rollback the reopening of bars, clubs, in door dinning at restaurants, and restrict sporting events. Hundreds of Mississippians will die if we continue to fail at mitigating #COVID. https://t.co/6tRBGPcRvI

Former State Rep. Robert Foster responded to Anderson’s post saying the decision to wear a mask should be left up to Mississippians. He also says the fear about the coronavirus is ‘irrational’ because it has a ’99.97% survival rate.’

“Or, we could let Mississippians make their own decisions about what risks they feel comfortable making. I would agree about being in a crisis, an Economic and Liberty crisis, because of people spreading irrational fear over a virus with around a 99.97% survival rate,” Foster posted.

Gov. Reeves first enforced a statewide mask mandate on August 4. The mandate remained in effect until the governor lifted it on Sept. 30.