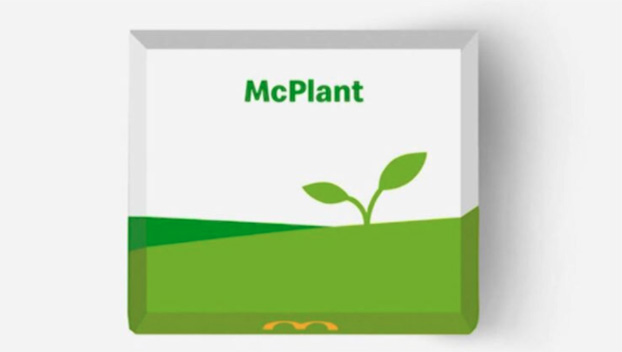 McPlant is coming to a McDonald’s near year.

The fast-food chain announced Monday that it will soon offer its own plant-based burger. The company is planning to test the new patty in key markets next year.

U.S. sales roared back in the third quarter for the fast-food chain with new menu items and attention-grabbing celebrity collaborations.

And the burger giant says more is coming. In a virtual meeting for investors Monday, McDonald’s said a much-anticipated crispy chicken sandwich with pickles — an answer to competitors like Popeye’s and Chick-fil-A — will go on sale in the U.S. early next year. The company also plans to test McPlant, a plant-based burger, next year.

McDonald’s wouldn’t say who might supply the plant-based burger. McDonald’s tested pea protein-based patties from California-based Beyond Meat at Canadian restaurants earlier this year, but it ended the trial in April.

With new choices like spicy chicken nuggets and a meal deal promotion with rapper Travis Scott, McDonald’s exceeded most projections for the third quarter.

McDonald’s same-store sales — or sales at locations open at least a year — jumped 4.6% in the U.S. Customer traffic fell, but when diners came, they spent more on larger group orders. Dinner was particularly strong, McDonald’s said, but other times of day were elevated as well.

“We’re pleased with our recovery to date, but we also understand there inevitably will be more starts and stops with the virus resurgences,” McDonald’s Chief Financial Officer Kevin Ozan said Monday in a conference call with investors.

McDonald’s said digital ordering — through mobile orders, in-store kiosks and delivery — is expected to make up 20% of system-wide sales this year, or more than $10 billion. The company hopes to build on that with a new app, MyMcDonald’s, which will be launched in six markets by the end of 2021.

The app will let customers participate in a new loyalty program and get targeted dining offers. It’s designed to make it easier to order, whether for carryout or delivery. Around 28,000 McDonald’s restaurants worldwide now offer delivery, the company said.