Is this an alien egg? A dragon stone? Strange object found in Arkansas field causes speculation 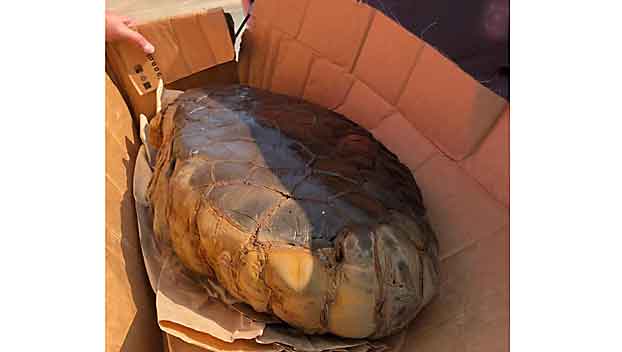 A big, strange-looking thing that resembles a large, scaly egg was discovered recently in an Arkansas field, sparking a social media free-for-all about what it might actually be.

Photographs of the object were posted last week on a Facebook group called “Arkansas History Unearthed.”

The large object is reported to have been more than 2-feet long and looks like some kind of turtle shell or another reptile.

The original poster, identified as Drew Baledge of Fayetteville, Arkansas, said a friend of his found the thing in a field.

“What, if anything could this possibly be?” he asked online.

In the hundreds of comments in response to Baledge’s question are some interesting theories.

An alien egg ready to hatch?

Ultimately, several online commenters suggested it might an unusual geological formation called a septarian nodule, sometimes called a dragon stone because the texture reminds people of how they envision a dragon’s skin might look.

McClatchy News contacted James Starnes with the Mississippi Office of Geology who confirmed that the “egg” actually appeared to be a septarian nodule and a quite large one at that.