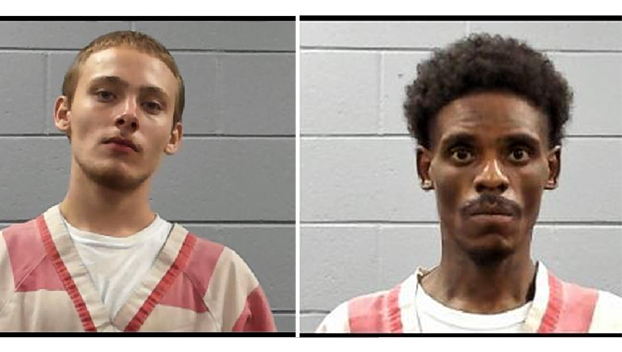 Two Mississippi men were arrested after police say they tried to use a flying drone to airdrop drugs and other banned paraphernalia to their friends in prison.

Their scheme — which mimicked the drone delivery plans of online retail giant Amazon — may have worked if they’d only managed to fly a little higher.

Police say the drone got caught in a net above the fence at the Central Mississippi Correctional Facility in Pearl, Mississippi, on Aug. 26. The drone was found to be carrying marijuana, cigarette lighters, phone chargers, headphones and cellphones.

John Travis Ross, 33, of Vicksburg, and Joshua Ray Corban, 18 of Utica, appeared in court Tuesday on charges of conspiracy and attempting to smuggle contraband into a prison.

Mississippi Department of Corrections Commissioner Burl Cain said the suspects confessed after they were arrested.

“They tried to use the drone to help their friends — now it’s going to help us,” Cain said. “We’re reprogramming their drone now … so it’s working for the law instead of against it.”