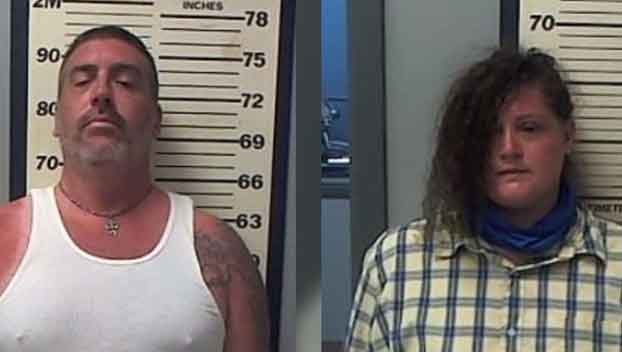 Flowood, Mississippi, police, were called to a motel after someone spotted two people sleeping in a Ford Explorer.

Police discovered the vehicle had a stolen license plate and the car was discovered to be linked to a homicide in Swain County, North Carolina.

Robert Willoughby, 49, and Lorrieann Robinson, 42, both of North Carolina, were arrested and held on felony stolen property charges.

Police in North Carolina said they were searching for a man and woman who were staying with Morris in connection with the murder.