An Army commander confirmed Monday that dismembered remains found last week buried near Fort Hood belonged to a 20-year-old soldier who vanished more than two months ago from the Texas base.

Maj. Gen. Scott Efflandt, Fort Hood’s senior commander, said during a news conference that the armed forces forensic examiner determined through DNA analysis that the remains belonged to Spc. Vanessa Guillén. A day earlier, an attorney for Guillén’s family had said Army officials told the family at their Houston home that the remains were hers.

“We’re now confronted with the aftermath of one of the most heinous acts I can imagine,” Efflandt said.

Guillén, who had been missing since April, was killed and dismembered by U.S. Army Specialist Aaron Robinson, a 20-year-old soldier from Calumet City, Illinois, took his own life last week, federal and military investigators have said.

Cecily Aguilar, a 22-year-old civilian from Killeen, has been arrested and charged with one count of conspiring to tamper with evidence for allegedly helping hide Guillén’s body.

Aguilar made her initial appearance Monday in federal court in Waco, saying that she understood the charge as read. If convicted, Aguilar faces up to 20 years in federal prison and a maximum fine of $250,000. Her next court date is scheduled for July 14.

The human remains were found near the Leon River in Bell County, about 20 miles (32 kilometers) east of Fort Hood.

Natalie Khawam, the attorney representing the Guillén family, said Army officials told the family it took longer to identify the remains because Guillén was bludgeoned so terribly that they were unable to use dental records.

“Her mom is distraught that they can’t even bury her body because there are only fragments,” Khawam said.

Democrats on the House Committee on Oversight and Reform, including Chairwoman Carolyn B. Maloney, of New York, said Monday that they had requested a briefing on the Army’s response and investigation into Guillén’s disappearance.

“The emerging details about the disappearance and murder of Specialist Vanessa Guillen are truly horrific, and our hearts go out to her family. We are also deeply disturbed by reports that Specialist Guillen was sexually harassed prior to her disappearance, but according to her family, was too fearful of the professional consequences to report her concerns,” the Democrats said in a joint news release.

At the Monday news conference, Efflandt said they will complete their ongoing sexual harassment investigation and will take action on any findings.

“Every person who raises their right hand to serve their family and their country in uniform deserves to be safe and treated with dignity and respect,” Efflandt said. “To the victims of sexual harassment and assault we hear you, we believe you and encourage you to come forward.”

Col. Ralph Overland, commander of Guillén’s regiment, said at the news conference that Guillén’s death “has devastated us all and left a hole in our formation.”

“She was strong, courageous and caring,” he said, adding that she “always went above and beyond to accomplish the mission.” 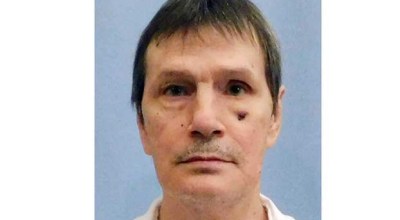 These governors shutdown their states, then earned virus relief…