Alabama town to get takeover makeover from Mississippi HGTV stars 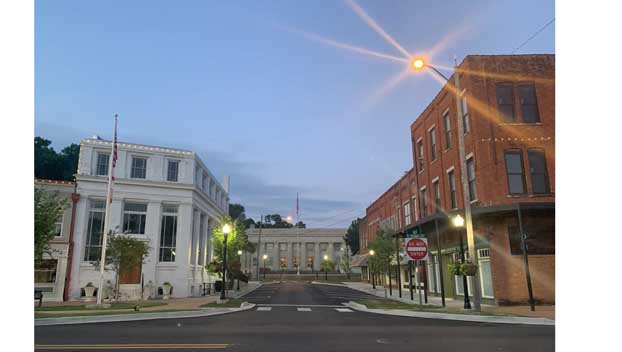 Jenny Enslen Stubbs / Special to the (Wetumpka) Herald HGTV picked the City of Wetumpka from more than 2,600 other locations in the country for a downtown makeover. The work will be featured in the network’s series “Home Town Takeover.”

The quest to find the perfect location for the new HGTV special-event series, “Home Town Takeover,” is now complete.

The cable network and Ben and Erin Napier, hosts of the series, chose Wetumpka, Alabama, from more than 2,600 other locations. HGTV stated in a release more than half a million photo and video submissions were submitted.

Officials from Main Street Wetumpka, the Wetumpka Chamber of Commerce and City of Wetumpka were informed by the Napiers via a video conference call the city was picked.

Wetumpka Mayor Jerry Willis told the Napiers this is exactly what downtown needs.

“We’re so excited,” Willis said. “Our city has come a long way, but you guys are going to be the catalyst that it takes to push us over the top.”

HGTV stated this is perhaps the network’s single biggest renovation undertaking ever.

“Home Town Takeover” is a six-part docu-series that will premiere on HGTV in 2021.