Mississippi prosecutor said: ‘We can only hope the deadly (coronavirus) strain spreads in riots!’ 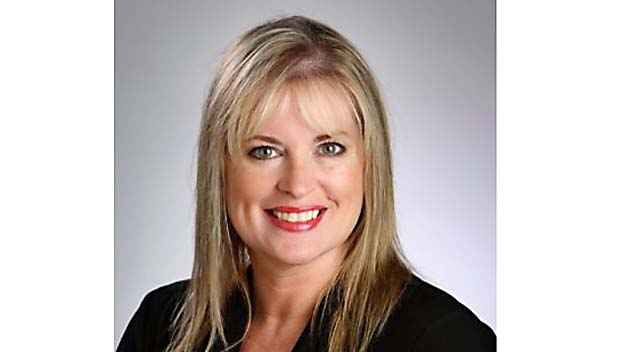 Pamela Hancock, the second-term prosecutor of Madison County, defended herself Monday after posting and later deleting a Facebook comment in which she suggested “the deadly strain” of coronavirus should spread among rioters who are protesting inequity in the criminal justice system.

Hancock, who was first elected county prosecutor in 2015 and re-elected in 2019, wrote the post as a comment to another person’s post: “Does Covid spread during massive street riots or just in bars and restaurants? Asking for a friend.”

Hancock, in a since-deleted comment, replied: “We can only hope the deadly (coronavirus) strain spreads in riots!”

In a phone interview with Mississippi Today on Monday, Hancock defended the comment.

“My job is to prosecute all crimes, including civil disobedience,” Hancock said. “I’m against any breach of peace or criminal activity, and I would prosecute it. I have nothing against people peacefully protesting, but breaking into businesses and stealing things is a crime.”

When asked specifically about her expressed notion that the virus kill rioters, Hancock rebuffed.

“I was really just making light of it,” she said. “I was not serious about wanting anyone to die. That’s not who I am. The post was kind of a joke, and I was attempting to joke back. Obviously, I did it very poorly. If you ask anybody that knows me, I don’t hold any ill will towards anyone or any group. I only try to be fair.”

County prosecutors in Mississippi bring misdemeanor charges against individuals in justice court and county court. Those charges would include disorderly conduct, trespassing and driving under the influence. County prosecutors are elected every four years.

Black Americans, upset with inequities in the criminal justice system, organized the recent protests in dozens of cities across the country that have garnered international media coverage. Inspired by the recent police killings of George Floyd in Minneapolis, Breonna Taylor in Louisville, Kentucky, and Ahmaud Arbery in Brunswick, Georgia — all black victims — many of the protests have become violent after police, in many cases, escalated the conflicts.

Madison County, the sixth-most populated county in the state, is home to at least 40,000 African American residents.

“It’s been an incredibly difficult few days,” said Brandon Jones, policy director at the Southern Poverty Law Center in Jackson. “You’d hope in moments like this that people throughout the law enforcement community and certainly prosecutors would be reflective about how we talk about these issues. Because she’s an elected official, it’s an office of public trust. Frankly, (her post) sends all the wrong messages.”

Jones continued: “We worry when people like Ms. Hancock say these things because of what message it might send to people who might have to face her in court. It erodes the public’s trust that they’re going to be treated fairly with comments like this, even if they were in jest.”

In the phone interview on Monday, Hancock discussed, unprompted, how her Facebook post had been perceived as racist.

“I never meant to offend anybody, and it was not directed toward anyone except for people that were rioting,” Hancock said. “What I saw on TV seemed to be people of all races. If you ask anybody that knows me, I don’t hold any ill will towards anyone or any group.”

Hancock continued: “When I prosecute, I don’t look at someone’s color. I look at the crime they committed, the facts of the case… I only try to be fair.”