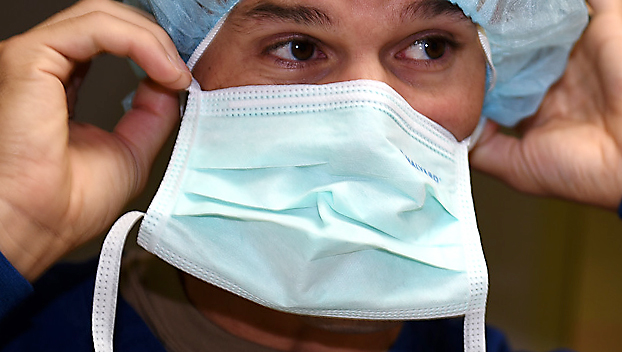 With cutbacks that include hundreds fewer employees working for the state Department of Health, Mississippi appears less equipped to battle the coronavirus pandemic.

“The public health system in Mississippi has been cut, which has certainly not helped,” said Buddy Daughdrill, executive director of the Mississippi Public Health Association. “The system is not in place that we need.”

At the end of 2012, the Health Department had 2,358 employees, according to the state Personnel Board. By the end of last year, the department had declined to 1,812 — a loss of more than 500 employees.

In recent years, the department has shut down most of its regional offices and a number of its local health clinics across the state — a move the department attributed to low patient turnout.

In addition, five rural hospitals have closed in Mississippi since 2013. The state is pushing for telemedicine, but many areas still lack broadband access.

“I do take comfort in the fact that we do have great leadership in the public health system,” he said. “Our tagline for the association is ‘Public health is the first line of defense.’ We’re seeing that come true today.”

Asked how prepared we are for COVID-19, Dr. Alan Jones, who chairs the Department of Emergency Medicine for the University of Mississippi Medical Center, replied, “If we in the U.S. see anything like the experience in Italy or France, there is no health care system in the world that can be prepared for that. We’re preparing the best we can.”

UMMC officials shared in a March 18 news conference the steps they are taking to combat the virus.

Dr. LouAnn Woodward, vice chancellor for health affairs and dean of UMMC’s School of Medicine, called what’s happening “unprecedented” and said it’s going to take a team effort to combat COVID-19. A UMMC student and employee have already tested positive for the virus and are both in self-isolation at home, she said.

She vowed to bring all of UMMC’s resources to bear on this problem.

UMMC officials say they are developing an in-house test for the virus and hope to soon release a smartphone app that would enable Mississippians who fear they may have the deadly disease to go into a virtual waiting room and talk with a medical provider.

To ensure that UMMC has enough masks and medical supplies for this disease tsunami, the hospital has already cancelled many of its elective surgeries, Woodward said.

“The CDC, American College of Surgeons and American Academy of Orthopedics have stated that all elective surgeries should be postponed or cancelled,” said Dr. Heddy-Dale Matthias, a Madison physician. “Some physicians in our community are ignoring this and say they will not stop doing elective surgery until ordered by the governor.”

Some are still injecting their patients with Botox, she said. “These elective surgeries place patients, their families and health care workers at risk, and consume vital resources needed in other medical sites. I am ashamed of physicians who are doing this.”

On Wednesday night, the Mississippi State Medical Association joined the Health Department in calling for physicians to halt all elective surgeries.

Countries where COVID-19 has hit hardest, such as Italy, have seen a shortage in hospital beds for acute care.

According to a study by the Harvard Global Health Institute, about a fifth of the adults infected would need hospitalization. If 20 percent of the population were infected in a six-month period, there wouldn’t be enough hospital beds, there wouldn’t be enough hospital beds in the  Jackson metro area where more than half the beds are already occupied.

“Mississippi could possibly need more hospital beds,” said Joyce Pearson, director of the Office of Healthcare Emergency Preparedness for the Mississippi Hospital Association, “and our current crisis does make it critically important that Mississippians use the health care system appropriately, take precautions to keep themselves well, and follow social distancing guidelines to stop the spread of the disease. The social distancing guidelines are being put in place to help prevent that need.”

On Twitter, some have posted photos and videos of crowds ignoring restrictions suggested by the U.S. Centers for Disease Control and Prevention, which urged Americans this week to avoid gathering in crowds of 10 or more.

One congressman mocked the COVID-19 outbreak by wearing a gas mask. That same congressman went into self-quarantine after finding out he was exposed to the virus. He tested negative.

“I’m continually amazed how people are underestimating this pandemic,” said Dr. Claude Earl Fox, a Mississippi native who previously served as state health officer in Alabama. “The closest thing we’ve seen has been the 1918 pandemic.”

That influenza epidemic infected nearly a third of the world’s population, killing a reported 50 million.

At one point, it appeared the flu had subsided, Fox said, “but it came back.”

The disease continued killing people, many of them elderly, through 1920.

The COVID-19 pandemic could last two years, Fox said. “It’s going to cause a lot of economic damage.”

Seasonal flu generally infects almost one in 10 around the globe, with a death rate of about 0.1 percent.

With regard to COVID-19, a new study shows that 86 percent of these cases are going undetected, enabling the disease to spread, even when it isn’t perceived.

Experts say COVID-19 is a disease with symptoms similar to the flu (cough, fever and shortness of breath) with most people returning to normal health after a week. Those that become more ill need hospitalization.

So far in the U.S., more than four-fifths of those who contracted the disease were older than 60 and nearly half were older than 80, according to The Washington Post. Many appeared to have had underlying health conditions as well, including diabetes and hypertension.

Fox said even if a vaccine happened to be discovered now, months would be needed for testing — and months more after that for mass production.

He said it’s unfortunate that Mississippi, Alabama, Florida and some other states have rejected an expansion of Medicaid coverage, resulting in 44 million Americans having no insurance.

As a result, those who have to receive treatment for the virus and have no insurance could be hit hard financially, or even go bankrupt, he said.

He said the disease “is going to expose the holes in our health care system.”

Mississippi has been hardly alone in cutting money from public health, he said. “It’s true in most states, but that doesn’t make it right.”

“The health care providers are at real high risk,” he said. “We do need the facilities and equipment like respirators, but if you don’t have personnel, none of that is any good. I think we’ll have a shortage of trained people.”

Yes, retired medical personnel could be employed, he said, “but some will have to be drafted because they don’t want to expose themselves and their families to the disease.”

Public health care is critical, he said. “Maybe we can learn a lesson from this that we have to maintain a strong national, state and local system.”

In 2005, Hurricane Katrina flooded New Orleans and devastated much of Mississippi’s Gulf Coast, killing 1,200 people and costing the two states more than $100 billion in property damage.

Dr. Robert Travnicek served then as public health director for six coastal counties smacked by Katrina, beating them “back to the Stone Age” as he put it.

After the hurricane hit, Mississippi received help from many other places, including North Carolina, Florida, Oregon and Alaska, he said. Then-New York City Mayor Michael Bloomberg also “sent people down,” he said.

But help can hardly come from outside when every state is battling its own crisis, he said.

Travnicek, who retired in 2013 and wrote a book about his experiences, Katrina, Mississippi: Voices from Ground Zero, recently spoke to a Rotary Club about COVID-19.

“How many of you are God-fearing people?” he asked.

He worries that the disease is worse than some Americans are suggesting, pointing to early tests that show some of those hospitalized have suffered from permanent lung damage, he said. “This is essentially the plague.”

Asked if the virus is indeed a plague, Jones, who chairs UMMC’s Department of Emergency Medicine, replied, “None of us in our lifetime have seen anything like this. This is not to be taken lightly. It will affect us profoundly.”

Medical models from the CDC predict between 200,000 and 1.7 million Americans will die from the disease.

Jones emphasized, “This is not just another bad flu season. This is a lot different. In 50 years, schoolchildren will be reading about this. It’s going to be significant.”

Jerry Mitchell is an investigative reporter for the Mississippi Center for Investigative Reporting, a nonprofit news organization that seeks to inform, educate and empower Mississippians in their communities through the use of investigative journalism. Sign up for MCIR’s newsletters here.

Report: Beware, scammers work to use coronavirus fears against…