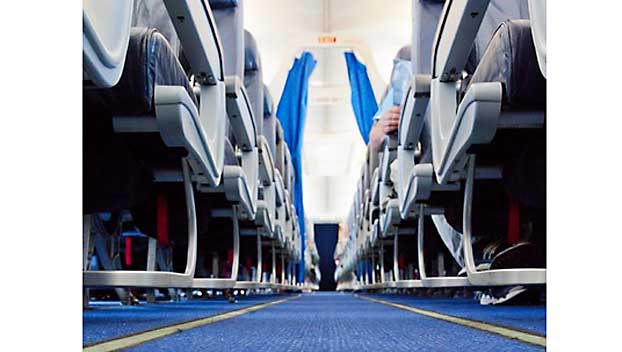 A Mississippi doctor has pleaded guilty to charges he groped a sleeping woman during a flight from New York to Memphis.

The pediatrician was sentenced to pay a $3,000 fine, serve one year of probation and leave the United States, the federal court documents list.

The physician holds passports from the United Kingdom and India, according to the records. A court docket entry notes, “defendant to return to the United Kingdom,” though the docket didn’t list a date for when he may leave, the newspaper said.

In September, a woman reported to Memphis police and Memphis airport police that she had been groped on board a Delta flight, an affidavit written by FBI Special Agent Daryl C. Murton said.

Airport police referred her to the FBI, to which she reported that Subramanya repeatedly touched her inappropriately while she was drifting in and out of sleep during the flight from LaGuardia to Memphis.

She reported that on one occasion, he slipped his hand under the sweater she had draped over herself like a blanket, into her shirt and under her bra.

When FBI agents arrived at Subramanya’s Oxford home during the investigation, he told authorities the victim was leaning toward his seat as she slept and he took that to mean “she welcomed his touch,” an FBI agent wrote.

Subramanya worked as a pediatrician at Baptist Memorial Hospital-North Mississippi but was removed following his arrest, a spokeswoman for the hospital group confirmed.

He and his attorney didn’t return phone calls from the Memphis Commercial Appeal seeking comment.