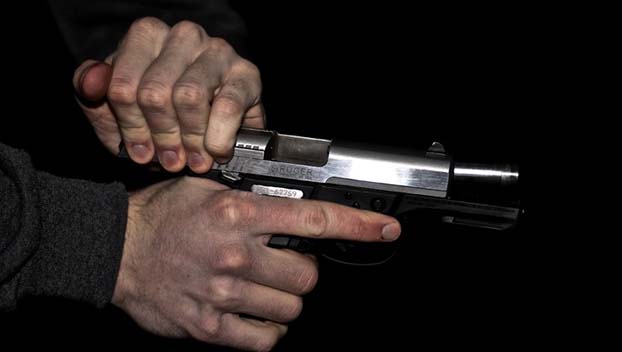 Natchez Alderwoman Joyce Arceneaux-Mathis brought up the idea of the city creating a gun restriction law in Natchez during a Tuesday’s meeting of the Natchez Mayor and Board of Aldermen.

Despite the discussion no action was taken on the issue.

Natchez Police Chief Walter Armstrong requested the board to allow off-duty officers to provide security for an upcoming gun show at the Natchez Convention Center Oct. 12.

Soon after the board approved that request, Mathis voiced her concerns — referencing mass shootings that occurred last month in El Paso, Odessa and Midland, Texas.

“I am concerned about this and I’m not sure what we can do,” Mathis said. “… When they have these gun shows, they have assault rifles like those that were used in Texas that can kill so many people in seconds. …

“I am firmly in support of the students who are coming out in favor of gun control,” she said. “… Officers are getting hurt, people are getting hurt, children are getting killed and it is just going rampant all over this country. … All of those weapons we keep hearing about in the news do not need to be sold in Natchez.”

“The ones that come to mind are the AR-15 and AK-47,” Armstrong said. “Those are the ones you hear the most talk about, but there is any number of pistols that can fire multiple rounds as well.”

Mathis presented a motion that the City Attorney Robert Latham and Natchez Police Chief Walter Armstrong work collaboratively to draft an ordinance that would prevent assault weapons from being sold.

In response, Armstrong said to establish gun restrictions he and Latham would have to search for a way to override federal law.

“As it relates to an ordinance — that is certainly something that the attorney and I could get together with and see what, if anything, we could do that would override the second amendment and the federal law that is already in place,” Armstrong said.

“It may die for lack of a second, but that is my motion,” she said.

With Aldermen Dan Dillard and Sarah Carter-Smith absent, neither of the remaining Aldermen spoke or seconded Mathis’ motion and Tuesday’s meeting continued with no action toward creating a new law.