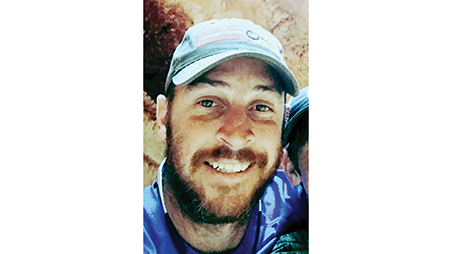 Lincoln County deputies are asking for the public’s help in tracking down a missing man no one has seen since last summer.

Lincoln County Sheriff Steve Rushing said the trail has gone cold in the search for 35-year-old Jon Paul Estes, a traveling construction worker from Bogue Chitto last seen June 2. Estes’ truck was found abandoned near his old home on Wallace Drive shortly after Rushing’s investigators had contacted him by phone for questioning in connection to a domestic violence charge, but neither law enforcement nor Estes’ family has heard from him since.

“At this point, we don’t know why he hasn’t turned up,” Rushing said. “Originally, during the case we felt like he was trying to avoid talking to us, but at this point none of the other family members are saying they’ve had any contact with him. We’re considering him a missing person.”

Rushing said Estes’ ex-wife, Cynthia Estes, filed domestic assault charges against him around two weeks before the abandoned truck was found without any signs of foul play.

Court records show the couple was divorced in October last year. The sheriff said the criminal case has since been “resolved” — no indictment against Estes has been issued, and there’s no reason for him to fear arrest for the charge.

“We don’t know the reason at this point why he hasn’t had contact with his family,” Rushing said. “His family just wants to hear from him, or know if something has happened to him. We just need some kind of answers for the family.”

Estes was first reported missing by his father, Carl Estes, a minister in Tupelo. Estes has ties to Post Falls, Idaho, a Rocky Mountain town in northwestern Idaho not far from Spokane,Washington. A Jan. 10 story in the Coeur d’Alene/Post Falls Press about Estes’ disappearance states he was born in nearby Kellogg, Idaho, and lived in Post Falls from 1993 to 2003, graduating from Post Falls High School.

The story says Carl Estes was a minister at several churches in the area, while his mother was a nurse. Rushing confirmed the family was involved in missions work in northwest Idaho.

Estes was working as a superintendent at Birdsong Construction in Quitman, Arkansas, according to his Facebook page. Rushing said Estes’ job required him to travel to job sites around the country.

“Jon is an extremely hard worker,” said Carl Estes. “He had a good job, a very likable person, very outgoing. He loves his children and he loves us.”

Rushing said the Mississippi Bureau of Investigation is assisting in the hunt for Estes.

Gulf Coast Investigations is offering a $25,000 reward for information leading to Estes’ discovery.