More than a week later, Micah Heckford is still trying to wrap his mind around the events that transpired Dec. 28, while on an annual duck hunt with four good friends near Eagle Lake.

In a now viral Facebook post describing the hunting accident that nearly took the life of his friend Matt Branch, he wants fellow hunters to know accidents can happen — even to experienced hunters — if safety is not at the forefront at all times.

“I know we all remind ourselves every time we hunt of the basics of being safe, not pointing our guns at one another, not swinging wide on a shot etc. … But do we really ever grasp the seriousness of just how important it is,” Heckford asks in his post.

Heckford said the hunting party was in a cypress slough in the middle of a field on the morning of Dec. 28.

“The game plan was to hunt spread out down the slough early, then regroup once the sun came up and hunt the remainder of the morning in one group where we could all be well hid,” Heckford said. “So far, everything had gone as planned; we had all killed a few birds early and were off to a great start on the morning.”

He said Branch walked down to where he and David Lamonte were hunting, while David Joe Branch had driven the Ranger to where they were so “we could load up the decoys and gear to go set up in another area.”

“The dog jumped up into the bed of the Ranger, getting ready to head out and stepped on the gun that had been placed into the bed, pushing the safety to fire, as well as hitting the trigger, resulting in the gun going off.”

He said the 12-gauge shotgun, which contained one shell that was left in the chamber, fired through the side of the bed on the Ranger, hitting Matt Branch in the upper inside of his left thigh.

“Matt screamed and fell to the ground,” Heckford said. “In the midst of the chaos at his point, I ran over to Matt to assess what had happened. We had no clue what the damage was at this point in time. I immediately yelled to David Joe to call 911.”

Race to save his life
The party quickly loaded their wounded friend into the Ranger and took off driving through the muddy field toward Mississippi 465 about a mile away with Heckford on the phone talking to 911 and David Joe Branch behind the wheel.

“Our goal at this point was to get Matt to the nearest place we knew an ambulance could get to without getting stuck in the field,” Heckford said. “Once we arrived at the highway, we unloaded Matt onto the ditch bank and laid him with his legs on the higher end of the ditch bank. His head and shoulders were laying in David Joe’s lap and I had Matt’s leg up on my shoulder, holding pressure on the outside of his waders where I presumed the wound to be.”

“We then immediately cut the waders and pants out of the way, got gauze and pressure applied directly to the wound and got an oxygen mask on Matt,” Heckford said.

“The ambulance arrived probably 10-15 minutes from the time the volunteer first responders got there,” Heckford said. “Once the ambulance arrived, a tourniquet was placed on Matt’s leg and we loaded him onto the stretcher and into the truck. The ambulance immediately transported Branch to River Region Medical Center in Vicksburg.

Heckford said Branch has undergone “multiple critical surgeries, including the partial amputation of his left leg and re-connecting his femoral artery in his left upper leg.”

He said Branch is currently in stable condition at University of Mississippi Medical Center in Jackson.
Heckford is incredibly thankful for his friend to still be alive.

“I have no words to describe what overcame us in such a critical time to be able to act and handle the situation as we did,” Heckford said. “This was a pure act of God’s hand and there is no questioning that.”

He knows his friend, a former LSU football player from Monroe, Louisiana, has a long road to recovery but also knows Branch will “shake back and continue to live an amazing life and continue to impact others.”

“I have known Matt for a very long time and I can assure you of this, he is big, he is tough, he is a fighter, and most importantly, he is no quitter,” Heckford said. “While we were laying on that ditch bank on the road side waiting for help, I told him that he was too tough to let a few BB’s hurt him, and I promise you, that he is.”

A GoFundMe account has been set up to assist the family with their medical needs.

Hunter safety
Heckford not only wants to thank those who have expressed their prayers and support for the recovery of his friend, but also wants to remind fellow hunters of the “absolute seriousness of being the utmost careful when it comes to gun safety.”

“I myself have been guilty of this so many times,” Heckford said. “Sadly, I can’t begin to tell you how many times I have left shells in my gun while moving to a different location to hunt, or even wading around moving decoys between flights. I was even fortunate enough to grow up hunting my whole life around my dad and other men that always took the time to teach us the importance of gun safety.”

And treat all guns like they are loaded at all times.

“Do not be afraid to be THAT guy on every hunt that reminds everyone multiple times just how important safety is,” Heckford said. “Please do not let complacency get the best of you. There was 80-plus years of hunting experience amongst our group the morning this happened.”

Contacted Friday about the incident, Capt. Fedrick with the Mississippi Department of Wildlife Fisheries & Parks law enforcement division said they would not “release any information to the public” about the incident. Heckford said he has also not received the investigation report from MDWF&P. 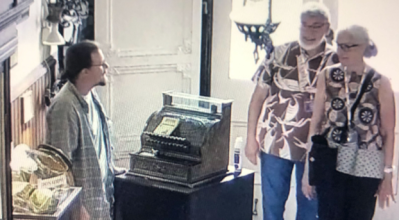 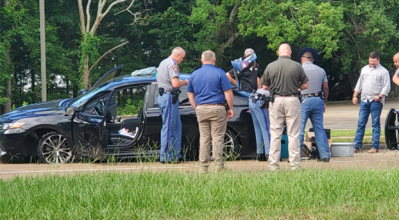 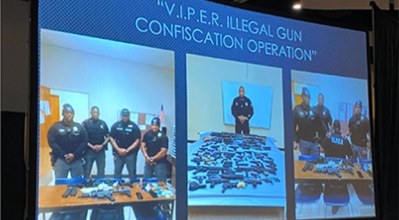 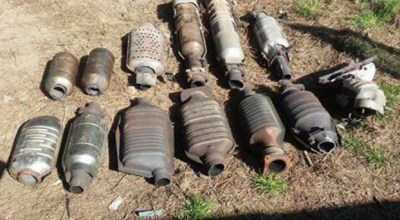